Trigger Down with Pop Country 108 Comments 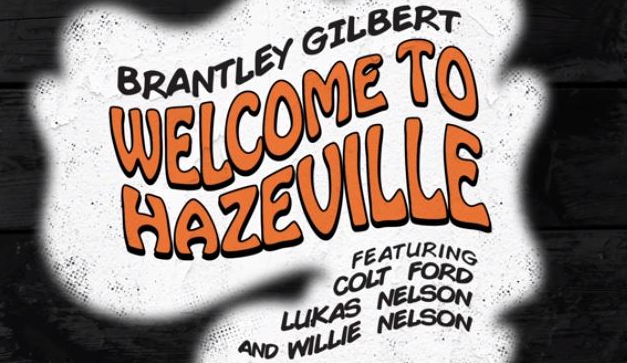 Holy shit this sucks. And the participation of Lukas Nelson and Willie in this monstrosity doesn’t in any way resuscitate this effort, it exacerbates everything that’s wrong with it, and adds insult to injury.

For the pot holiday 4/20, the Godfather of Bro-Country Brantley Gilbert reminds us that our prayers to country music Jesus to inflict pestilence upon his singing voice, or at least permanently impair him with chronic laryngitis to render him irrevocably unable to perform have gone wholly unanswered, leaving Gilbert able bodied enough to continue fucking up what people think country music is supposed to be, despite the undeniable careening of his career and popularity recently.

Screaming for commercial relevancy in a manner not dissimilar to Billy Ray Cyrus sticking his tongue so far up Lil Nas X’s ass that the “Old Town Road” singer recently carried the dead corpse of the mulleted one’s career to the top of the Billboard charts, Brantley Gilbert tries to ride the dying embers of the marijuana craze and the legitimacy of the Nelson name to renewed attention by releasing this refer ode full of indolent lyrics vomited over an obnoxious and hyperactive electronic beat. The unforgivable dumbfuckery contained in “Welcome To Hazeville” makes one palpably feel your IQ points tick down simply by being in its presence, and no, not from any contact high.

Seriously, get the hell out of here with these lyrics:

And then here comes Colt Ford who is arguably more washed up than Brantley Gilbert these days rapping, “If you ain’t one of our people, best place you should get is gone.” Huh, doesn’t seem like the type of tuffy bullshit Willie Nelson would regularly sign off on. And what are you gonna do if we ain’t one of your “people,” Colt Ford—you torpid, corpulent, country-rapping pro golf flunkee—squirt some ketchup down our sides and eat us?

Brantley Gilbert is now in his mid 30’s, but still sporting the unbridled braggadocios machismo of a 15-year-old boy whose balls have just dropped and who just received his first hand job. Time hasn’t just passed Brantley Gilbert over, so have all the wisdom-inducing attributes of adulthood. Any redeeming entertainment value of “Welcome To Hazeville” comes via unintended comedic consequences.

And what the hell is Lukas Nelson doing here? He went to working with Oscar-caliber talent on the movie score of a critically-acclaimed film, to singing with the guy whose fans regularly break into their mother’s singlewides to filch jewelry so they can score meth.

If you want to advocate for the normalization of marijuana use, making an imbecilic stoner song that reinforces that smoking pot is nothing more than a stultifying activity of the great American meat head is not the way to go. Sometimes I wonder if some in Willie’s entourage can’t wait for him to croak so they can make his chest cavity into a cannabis-dispensing vending machine. With the $50 T-shirts and array of pot trinkets being peddled at Willie Nelson shows, it feels more like a rolling head shop than making music with his friends these days.

Hey I get it, marijuana is big business at the moment, and Willie Nelson is a big face of it. He also won’t be around forever, and best try to create a revenue stream beyond his music while he’s still alive. But let’s slow our roll in making Willie Nelson the Ronald McDonald of pot. His participation in a song like “Welcome To Hazeville” just makes him more of a pot punchline than the patron saint of smart legalization of a medicinal plant.

And you’ve gotta love that one of the themes of “Welcome to Hazeville” is “Hangin’ out with Willie,” when all Nelson was willing to contribute to the stupid song was three words lasting 1.21 seconds stuck on the very end. Willie Nelson has no idea who the fuck Brantley Gilbert is. Willie’s just too nice of a guy to say “no” to anyone, and sure he’ll take 1/4 of the performance royalties for doing virtually nothing, dumbass.

It’s not 1996 anymore, and your stupid pot songs are about as relevant as Brantley Gilbert’s Tapout attire. They’re not edgy and hip, they’re conformist and tired. Soon marijuana will be legal everywhere, and along with alleviating the unjust incarceration of people of the possession of a plant, hopefully it also ushers in the cessation of these shitty pot songs.