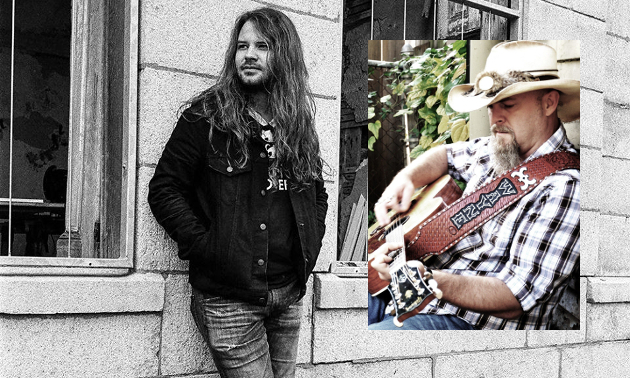 Brent Cobb’s latest album Providence Canyon is set to be released on May 11th though the Elektra imprint of his cousin Dave Cobb’s label, Low Country Sound. Dave Cobb also produced the effort named for a natural wonder in in Southwest Georgia. But it’s a man from Alabama who is the focus of the album’s first single.

Country artists Wayne Mills was shot and killed in Nashville on November 23rd, 2013 after a bar dispute with the owner who plead self-defense, but eventually was convicted of 2nd Degree Murder. Wayne’s death sent shock waves throughout the music community, with one of the most heart wrenching parts of the story being that Wayne left behind his widow Carol, and a young son named Jack who would have to grow up without a father.

“The King of Alabama” is a tribute to Wayne Mills, co-written by Brent Cobb and Adam Hood. It delves into the legacy of Wayne both in story and in the video (see below). But one of the most touching things about the song is the two co-writers have decided to go above and beyond with the song to give it a lasting contribution to the legacy of Wayne Mills, and especially his son Jack. Both Brent Cobb and Adam Hood—who both first made their way in music as songwriters principally—have decided to give Wayne’s son Jack Mills a songwriting credit on “King of Alabama.”

“I started writing ‘King of Alabama’ two days after all that happened,” Brent tells Saving Country Music. “My wife was pregnant with our daughter at the time. And man, it just hit me real hard. I’d met Jack one time a couple of years before when Wayne and I had written together. Jack was just a little boy, and I just couldn’t imagine him being 7-years-old at the time and losing his dad. It’s just a hell of a time to lose your father. I had actually texted Jason “Rowdy” Cope (prev. Jamey Johnson’s band, now with The Steel Woods), because he was how I had met Wayne, but Rowdy was too close to the source to write the song.”

So Brent Cobb decided to reach out to Adam Hood.

“Adam is one of my very best friends,” Brent says. “We’ve been writing together since I signed a deal with Carnival in ’09, and he used to imitate Wayne by going, ‘I’m Wayne Mills, I’m the King of Alabama by God!’ And so that’s where the title came from. I had the first verse and the chorus wrote, and I asked Adam if he wanted to help me finish it because he was the reason it was called that, and obviously because of who Wayne was. There are many people worthy of the crown, but Wayne had all the boxes checked.”

Wayne Mills was originally from Arab, Alabama, and along with singing the praises of the state in conversation and song, he also played for the Alabama football team while attending college.

Once “King of Alabama” was written, Brent then got the idea of cutting Jack Mills into the songwriting credits.

“I had told Adam [Hood] about how heavy Jack was on my heart, and that I would like to add Jack as a co-writer if he was okay with it. Adam was absolutely down. Then I sent Carol [Mills] a message asking for her permission, and sent her the song. The main focus was not about the death of Wayne. It was more to Jack, saying ‘This is who your dad was. And this is how much people cared about him.’ Jack sent me a little message on Instagram saying he loved the song. It just worked out in a really neat way.”

Just like Brent Cobb, Jason “Rowdy” Cope, Jamey Johnson, and even up to artists like Blake Shelton, Wayne Mills had a big impact on many careers, especially early on in their careers, including “King of Alabama” co-writer Adam Hood.

“He always had a lot of folks around him,” says Adam. “And I started to realize that he had folks around him because he surrounded himself with quality people. And he met so many of those people that he promoted them. That guy was probably as good for my career as his own. He just sang everybody’s praises. And I don’t think it was anything he was trying to do. It wasn’t a mission, it was just the way he was.”

When Brent Cobb reached out to Adam Hood to help with the song and suggested a songwriting credit go to Jack Mills, it was an easy decision for Adam.

“In true Brent Cobb fashion, he had the first verse, and the entire chorus written,” Adam says. “If you have the first verse and chorus written, you probably don’t need any help. But it was really cool for him to ask me to do it. Even though the title started off as comical, it’s really fitting. The most personal thing is that line, ‘I keep his chain in my pocket, and his son in my prayers.’ Jack lost his dad at a pretty pivotal age in a boy’s life. I think it was really selfless of Brent to take that initiative to say, ‘Hey man, what would you think if we did this for him?'”

With so many tragedies making today’s headlines, and the regular passing of memorable country artists due to old age, it’s important to keep the memories of artists alive, especially ones who lost their lives so tragically, and left behind loved ones. Though nothing will bring back the father of Jack Mills, “The King of Alabama” will make sure the memory of Wayne will never be gone.