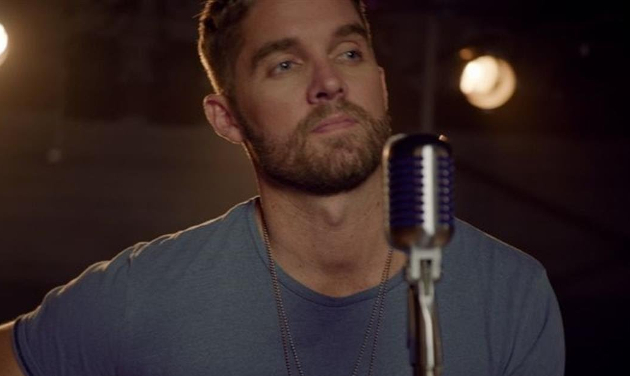 As much of the country music nervous system was affixed to the 60th Annual Grammy Awards on Sunday (1-28), another high-profile event was happening down in Tampa, Florida where the NHL was holding their annual All-Star Game. “Country” artist Brett Young is a native of the area and was tapped to sing the National Anthem at the exhibition, and once again it was a moment of embarrassment for country music on a national stage.

There’s a good chance you have no idea who Brett Young is, even as a country fan. You task the average American to pick Brett Young out of a lineup and they wouldn’t have a clue, let alone be able to hum a melody from one of his tunes. He’s yet another one of these nameless, faceless, generic mainstream country males. There’s a few dozen of them with very average skills being pushed by the industry at any given time, and who could probably not win more than polite applause at your local open mic without the aid of studio magic and Auto-tune. Yet somehow this guy has two #1 country hits to his name, another #2 hit, and another song climbing the charts as we speak.

So Brett Young—who might as well be the guy working at your local Home Depot’s lumber department—takes center ice on Sunday, and proceeds to butcher the National Anthem of the United States of America, not only by singing it incredibly slow, but starting terribly off key. We’ve heard and seen worse renditions before unfortunately, and from other mainstream country hacks. But this was still pretty bad; so bad even most Canadians knew to cry foul, and dozens of sports outlets and others flamethrowed the rendition during and after, while social media exploded with criticisms. Once again, country music looked like an ass to the outside world.

It’s been remarked upon many times over the years that a strange kismet exists between the hatred of what country music has become between traditional and independent country fans, and the sports talk and sports blog world, partly because of moments like the Brett Young National Anthem when rational folks who may not even be devout country fans hear that a “country” artist is performing, and then experience something like this.

Same goes for the pretty terrible performance of Eric Clapton’s “Tears in Heaven” on the Grammy Awards Sunday night by Brothers Osborne, Maren Morris, and Eric Church in tribute to the Route 91 Harvest Festival victims. Only Church appeared at least half prepared, and still couldn’t pull it out of a tailspin, while Brothers Osborne wilted, and Maren was mild. It’s worth mentioning that the sound appeared to be off for both the performers and the audience, but even then, from the arrangement, to the song selection, to the performance, it was hardly fitting for the gravity of the moment.

Often during these national events, when the big name from pop or R&B come out to center stage, center ice, or the 50 year line, they turn in performances that inspire. Meanwhile in country it goes off half cocked. It’s another example of the talent discrepancy that is plaguing popular country music. While scores of worthy voices in the genre go unheard, unsigned, and uninvited to major events to be the ambassadors country needs to prove the beauty and virtues of the music, artists like Brett Young squander big opportunities.

The good news is Lindsay Ell did a good job on the Canadian anthem.