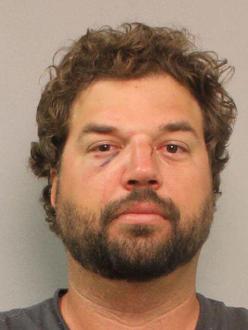 In the world of country music songwriting, and specifically the writing of many of the so-called “Bro-Country” hits that have gone on to dominate country radio in the last few years, one man stands tall above the others as the King of “Bro-Country” songwriting, Dallas Davidson. As Saving Country Music featured in September of 2013, Dallas Davidson’s handiwork is on many of the worst, and many times, most offensive “Bro-Country” songs that objectify women and pander to the consumer culture.

When Zac Brown famously called out Luke Bryan’s Song “That’s My Kind of Night” co-written by Davidson as the worst song ever, Zac also said, “You can look and see some of the same songwriters on every one of the songs. There’s been like 10 number one songs in the last two or three years that were written by the same people and it’s the exact same words, just arranged different ways.” It is accepted that Zac was talking about Dallas Davidson specifically. The songwriter also co-wrote “Honky Tonk Badonkadonk”, “Country Girl (Shake It For Me), and many other big hits.

Dallas Davidson was arrested Thursday morning at the Tin Roof in downtown Nashville after getting into a bar fight with various people, and yelling what are described as “racial and homophobic obscenities” by TMZ. Davidson was challenging numerous people to fights, and apparently at one point yelled, “There’s that f***ing fa***t that punched me.” Dallas and his ex-wife Sarah Davidson are also both stars on the reality show Private Lives of Nashville Wives. Davidson was booked into jail at 2:50 PM and was later released.

Dallas Davidson was the 2011 Songwriter of the Year for BMI, and has also received 3 CMA “Triple Play” awards, which recognize songwriters for having three #1 songs in the same year, including six #1 songs in 2011 alone. As songwriters go, Davidson is as decorated as any at the moment. Dallas isn’t just one of the most influential songwriters in Nashville, he’s one of the most influential individuals right now in the entire country music business, with his songs dominating the charts and influencing the current direction of the format.

After the controversy with Zac Brown in 2013 Dallas Davidson said, “We write about what we know about.” Now Davidson will have a new experience to turn into a country music mega hit.