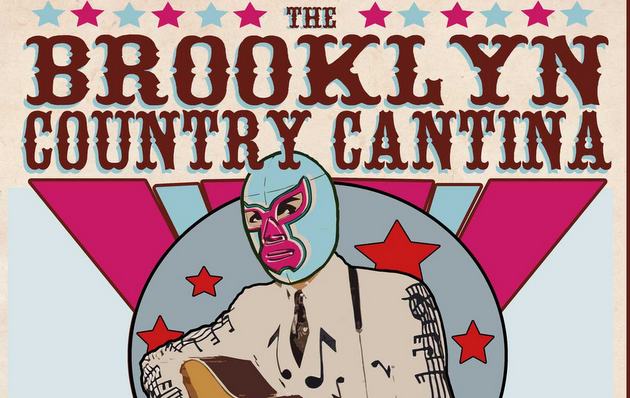 “Bigger is better” is the mindset that governs most decisions concerning Austin, TX’s annual musical headache known as South by Southwest. What once was a gathering of cool bands and labels diametrically opposed to the established music industry who wanted to hang out and test out new material on each other has now become the poster boy for corporate sponsorship and brand exposure impinging on entertainment.

But not every SXSW party is like that. For every officially-sanctioned event, there’s two more that squeeze in where they can and try to keep the original spirit of SXSW alive, including the now 8th Annual Brooklyn Country Cantina, which boasts a stacked 2016 lineup for Saturday, March 19th including Sam Outlaw, Daniel Romano, Possessed by Paul James, The Quebe Sisters, Mike and the Moonpies, and many more.

“It’s kind of a nice little story,” says Erin Bru, who along with Bug Jennings comprises the front line of the Brooklyn-based country band The Defibulators, and have hosted the event all eight years with Austin resident and musician Daniel Roark. The first few years, the event was held at Roark’s house.

“His house is just a couple of blocks from The Continental Club on South Congress. He had a front yard and a back yard. It was one of our first tours ever, and we routed a tour through South by Southwest,” Erin Bru explains. “But it turned out that we didn’t get into the festival, but we we’re still going to find ourselves in Austin. So we just decided we would create our own opportunity to play at our friend’s house. We barbecued, and we had a couple of our friends’ bands play that we knew were going to be down there from Brooklyn.”

Performers for the first year of the event back in 2008 included Andy Friedman and the Other Failures, and Miss Tess and the Talkbacks.

“The idea was that it would just be bands from Austin and New York just sort of coming together and having a barbecue and play for each other. And then we continued it for a couple of years at the same house and it went swimmingly. It grew, and at some point the neighbors started voicing their concerns about how it was growing. At a certain point we had two stages, and word was getting around, and it was always a free event. So then we needed to move it somewhere, but we didn’t want it to be like your typical SXSW party in the middle of downtown. We needed to keep it a house party feel.”

A few years ago the event moved to Licha’s Cantina on east 6th Street, mere blocks from downtown, but just outside of the heart of the madness that is SXSW.

“It’s perfect because it’s a converted house,” Erin says. “And so it still has that house party vibe to it. We have a stage in the front, a stage in the back. As far as the bands, as we started touring more and more, we started meeting bands not just from New York and Texas, so we decided to branch out and ask all of these bands to play. So even though it’s still called the Brooklyn Country Cantina, it’s bands from all over the country.”

Erin Bru says they never make any money off the free event, but that’s not the point. They have been able to wrangle sponsors to help pay for the sound and stages and such, and have strived to keep the event intimate over the years.

“We’ll see where it takes us, but it’s nice to have the intimacy of just a little house with a front yard and a back yard. It always gets a little scary when things get too big, right? We book bands that we want to see, and who we want to hang out with. We’re there from 8 a.m. until 4 a.m., so we’re going to have a good time, and book bands we like, bands we’ve met out on the road, and country bands that are pushing the genre forward, and that excite us.”

The music starts at 11 a.m., and if you want to be assured to get in without waiting in line, you’ll want to show up early. Typically by the afternoon there’s a line down the block of people waiting to get in, but luckily you can usually see and hear the band in the front yard as you wait.

It’s our only opportunity all year to be in the same place at the same time,” says Erin Bru. “That’s kind of a beautiful thing.”

To RSVP for the event, go to brooklyncountrycantina.com. 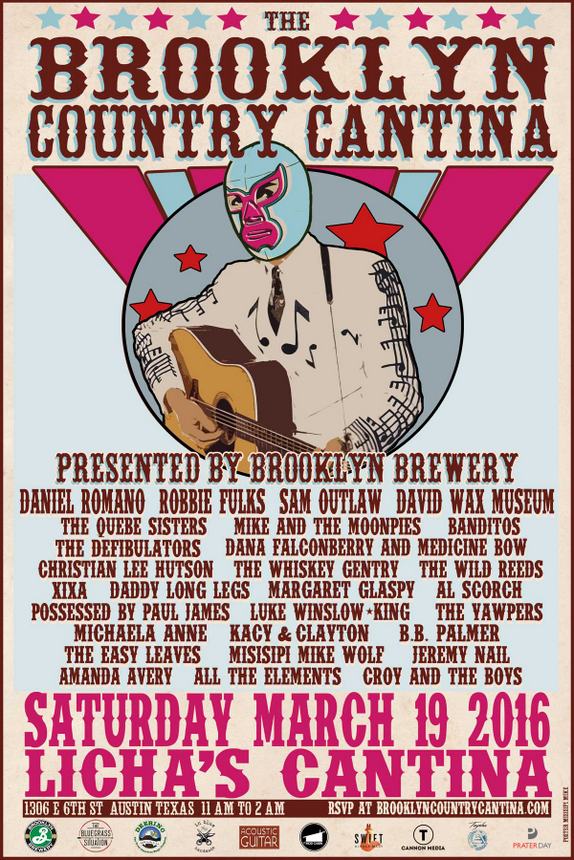