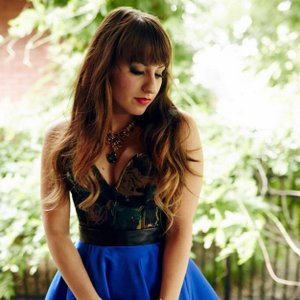 I first met Caitlyn Smith and saw her perform on the 4th of July, 2011. The occasion was the confluence of Willie Nelson’s annual 4th of July Picnic, and the now defunct (seemingly) Country Throwdown Tour put on by the same promoters of the long-running Warped concerts. It all collided at Billy Bob’s Texas in Ft. Worth, and I was there covering the event, and specifically had my eyes set on up-and-comer Austin Lucas, who like Caitlyn Smith, was playing on an acoustic stage where promising songwriters took turns playing their songs in a “Nashville Round” setting. The idea was a great way to feature up-and-coming talent right beside the bigger names on the tour like Lee Brice, Jamey Johnson, and Brantley Gilbert.

Caitlyn Smith was stunning. She had a song called “Hank Drank” that knocked me flat on my ass. At the time I wrote about the young songwriter, “The other highlight from the one Nashville Round session I caught was Caitlyn Smith. She would be my #2 surprise of the day. Caitlyn had the best voice of the whole event, and well-penned songs to compliment that voice, as well as dynamic and energetic guitar playing. Beautiful girl, and certainly one to watch.”

Later as I made my way onto one of the fleet of Country Throwdown buses to conduct an interview with Austin Lucas, it was then that during brief conversations with Caitlyn and other promising Nashville songwriters that I solidified my opinions about the burgeoning trend of country “checklist” songs, or “laundry list” songs as I had been dubbing them before. Checklist songwriting is very much the foundation of what is called “Bro-Country” today, but even in 2011, the ugly trend was prevailing in country music and was the talk of songwriting circles and Saving Country Music; it just took 3 years for the rest of country media to catch on.

But back to Caitlyn Smith. Or more specifically, on to Garth Brooks, who during his July 10th press conference making his comeback official, had glowing compliments for the Nashville songwriters he was discovering when selecting new songs for his upcoming project. When asked how much songwriting Garth was doing himself, his response was, “I’m getting my ass kicked by the level of songwriting right now ”¦ Most of the stuff we’ve been cutting has been outside songs.”

The sentiments from Garth are similar to ones we’ve been hearing from other industry experts like T Bone Burnett, who while acting as the music director for the ABC TV show Nashville tried to do his best to alleviate some of the glut in amazing songs going unheard because of the current focus on Bro-Country that’s dominating mainstream country music right now. The competition for songwriters in Nashville has never been more fierce, but since so few artists want to cut songs of true substance, there is an amazing stock of high-caliber song material just sitting on the shelf.  At his July 10th press conference, Garth also said, “The first single that’s gonna come out ”¦ might be one of the greatest statements ever.” 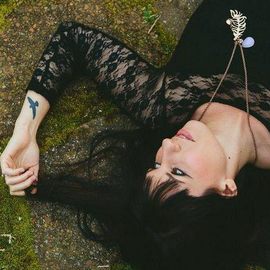 Now enter Caitlyn Smith. In 2011 when I was first exposed to her, she had already landed a co-write on a Jason Aldean album cut for “It Ain’t Easy”. Speaking of ABC’s Nashville, a Caitlyn co-write “Don’t Put Dirt On My Grave Just Yet” was featured prominently on the TV Show, and has become one of the most popular songs of the series. She also co-wrote the new Dolly Parton and Kenny Rogers duet, “You Can’t Make Old Friends.” Caitlyn’s name had already been rumored in connection with the new Garth project, even before the press conference early in July. Now the word on the street from multiple sources is that Garth’s debut single—arguably one of the most-anticipated singles in country music in years—is the Caitlin Smith song “Tacoma”, co-written with Bob DiPiero.

Though many of Caitlyn’s songwriting credits are held by more pop-oriented performers (she has the title track on the upcoming Lady Antebellum album, and Cassadee Pope’s platinum-selling “Wasting All These Tears”), in October of 2013, Caitlyn released a single called Dream Away and apparently has a whole album of material steeped in country tradition with banjo, fiddle, and mandolin featured heavy on the tracks. She is a professional, salaried songwriter, but like Ashley Monroe or Brandy Clark, Caityln Smith has all the skills to be a striking performer as well.

Caitlyn Smith is a native of Minnesota, and grew up in a small town aspiring to be a songwriter from a young age. She first started songwriting in the Christian music world, taking trips to Nashville to work with other writers before converting to secular country music. As she grew older, her trips to Nashville became more frequent until she finally moved there to pursue her dream full time.

Below is a demo version of Caitlyn Smith’s “Tacoma”. Garth’s version is very likely to sound much different, so don’t jump to too many conclusions about how “country” Garth’s final product might be. That is why it is called a demo.

But this is where Garth Brooks could shake up the country music industry beyond simply packing sold-out stadiums. There are reams of amazing songs out there going unheard, and Garth is one of the very few people with the star power to take these songs and make them hits. And this rising tide could raise all boats, taking an artist like Caitlyn Smith to the greater notoriety her talents deserve.

Caitlyn Smith is a one-in-a-million star just waiting for her big shot. Ravenesque, articulate, poetic, insightful, and delightfully troubled, her music can strike a toll on the soul like few others.

(NOTE: Folks, it looks like the SoundCloud demo of “Tacoma” has been taken down. If another example of the song is made available, it will be posted here.)