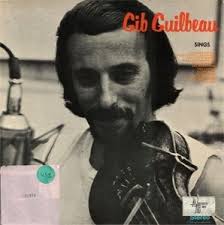 One of the most important players to help usher in the era of West Coast music where the worlds of country and rock collided has passed away. Gib Guilbeau—a member of nascent country rock bands such as Nashville West, Swampwater, the backing bands for artists like The Gosdin Brothers and Linda Ronstadt, and later a member of The Flying Burrito Brothers—died on April 13th according to his family and Sierra Records. Gib Guilbeau was 78-years-old.

Though maybe not as recognizable of a name as many of the artists Gib shared lineups with, including Gene Parsons and Clarence White, his unique approach to music, influenced by his distinctly Cajun flavor and upbringing, made Guibeau seminal to the sound that would become West Coast country rock.

Gib was a singer, a fiddle and guitar player, and a songwriter whose compositions were recorded by artists as far ranging as The Byrds, Kris Kristofferson, Jimmy C. Newman, Ricky Nelson, The Dillards, Bobby Womack, Ronnie Wood of Faces and The Rolling Stones, and Rod Stewart. His fiddle playing can be heard on recordings from Linda Ronstadt, J.D. Souther, B.W. Stevenson, Arlo Guthrie, Rita Coolidge, and The Spencer Davis Group. If it was 60’s country rock, there’s a good chance Gib Guilbeau either had a hand in it, or helped influence it in some capacity.

Floyd August Guilbeau was born on September 26, 1937 in Sunset, Louisiana, slightly north of Lafayette in the southern part of the state. Guilbeau’s father and brothers were fiddle players, and Gil took up learning the instrument at 14-years-old.

Gib joined his first professional band in 1960 called The Four Young Men, who later were joined by frontman Bobby Edwards. The group had the Top 5 country hit in 1961 “You’re The Reason,” later covered by Hank Williams III.

Gil first partnered with Gene Parsons in a short-lived group called the Castaways, but in 1967, they formed The Reasons, later to be known as Nashville West, which included well-known West Coast country guitarist Clarence White of The Byrds. Considered one of the first true country rock bands, Nashville West shared the stage with Gram Parsons and The Gosdin Brothers among others. In 1969, Guilbeau transitioned into the group called Swampwater, which replaced the Stone Ponies behind Linda Ronstadt. This is where the swampy influence of Guilbeau’s upbringing really came into force.

Guilbeau released a solo record in 1973, and then in 1974, he joined a newer version of The Flying Burrito Brothers formed in the aftermath of Gram Parson’s passing. The new group included original members Chris Ethridge and Sneaky Pete Kleinow. Guilbeau continued to work with the band as the “Burrito Brothers” in the 80’s (which also successfully waged a campaign to see Lefty Frizzell inducted into the Country Music Hall of Fame), and then as the Flying Burrito Brothers again throughout the 90’s.

A consummate side man and singer, as well as a well-respected songwriter, West Coast country rock would have not sounded the same if it wasn’t for the influence and efforts of Gib Guilbeau.