Sometimes the best musicians, and the best people you will ever meet in music, are not the ones that stand at stage center, but the ones who spend the majority of the time standing to the right or left, or in back behind the drums. With a selfless attitude, a willingness to do whatever it takes to make good music great, and many times a quiet patience with their own music, these musicians can be a treasure trove of songs and wisdom that is just waiting to be discovered.

The James Hunnicutt’s and Amanda Shires’s of the world could never receive enough credit in my book, for their accompanying work and their solo endeavors, and neither could Portland, OR’s Caleb Klauder. As a founding member of The Foghorn Stringband, and common collaborator with too many other artists and projects to list, many times Caleb Klauder’s “Country Band” plays second fiddle for this fiddle, mandolin, and guitar player, and singer/ songwriter. But as his critically-acclaimed 2010 release Western Country proved (read SCM review), Caleb’s name deserves equal billing beside the other top shelf independent roots artists from across the country. 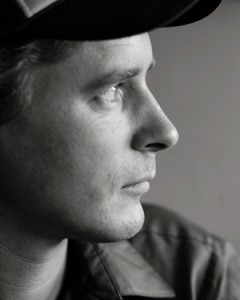 And though you may have not heard of Caleb until recently, or until just right now, the 40-year-old with flecks of gray hair sticking out from under his trucker hat has been touring and making music for 20 years now. It just has not always been music that bears his name. The first time I saw Caleb was in 2003, when the only other outlets for resurgent traditional country were folks like Wayne Hancock, BR549, and Hank Williams III. I would see him again in 2009, picking mandolin for Justin Townes Earle. When he showed up in Austin last week, he was squeezing a solo show out before playing appearances with The Foghorn Trio and and The Cajun Country Revival.

I just think I’m one of those people that goes in many different directions. I have a hard time forcing things. It’s nice to go with the flow a lot of times. It’s funny that’s always led me to interesting things I probably wouldn’t have seen otherwise. I’ve always felt the best collaborating. But sometimes it is nice to step aside and say, “I gonna do this right now. This is the thing I want to do, and it’s gonna go like this.” It’s nice to have that outlet, where I can have that vision, and try it, and have it come out the way you want it. At the same time, I don’t need to do that every day, all day long.

Though Caleb can play just about anything that involves strings and wood, (“I can pick and play all day and love it”, Caleb says) his real passion is singing.

I kinda like being flexible, but I guess if I really had to dig down to it, I’m probably just a singer. I just love singing. When you really get going singing, it feels so good, it’s like therapy.

Musicians like Caleb Klauder will never spend enough time promoting themselves. They’re too much about the music, and the community that music builds. “I think I’m just a sucker for making good music and good friends, and the scene that goes around that.” Caleb says. And so it is up to us, the fans and the writers and podcasters to help spread the word, so that Caleb Klauder’s music can find a wider audience. Think of it as a music version of affirmative action, where certain artists are given extra support to compensate for their sometimes selfless approach in a medium dominated by egos.

Photos from C. C. Ekstrom of almostoutofgas.com, from a show at The Waterloo Ice House in Austin, TX 8/13/11 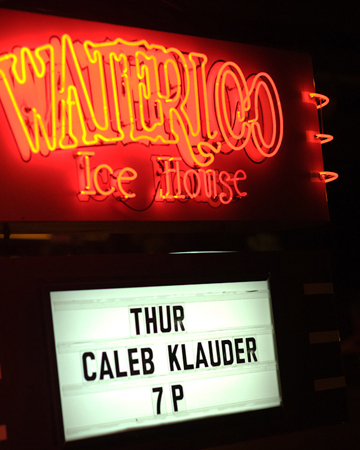 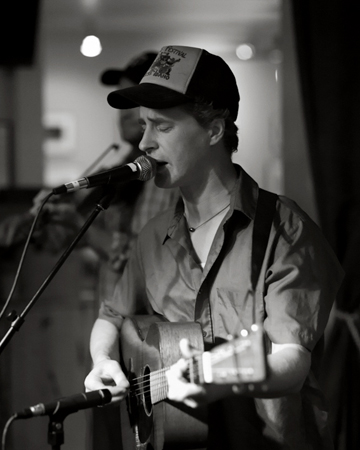 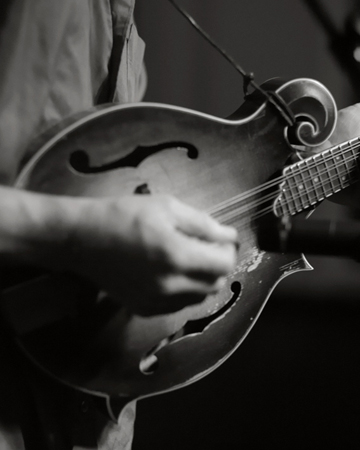 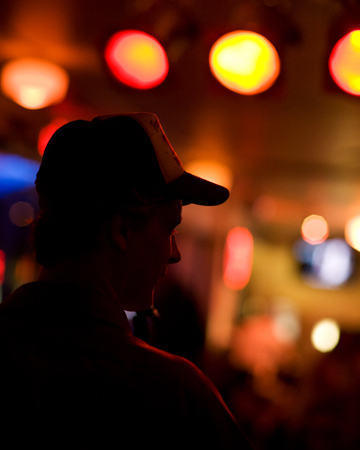