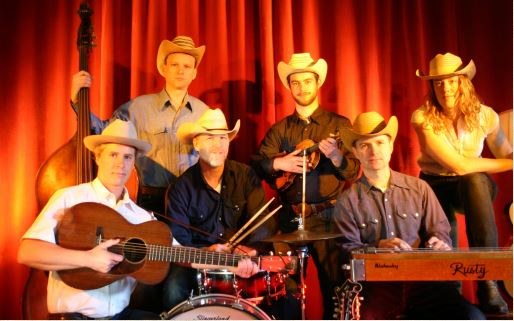 If you’re populating a list of criminally-underrated country music talent, Caleb Klauder has to be somewhere near the top. The Pacific Northwest’s best kept country music secret is beloved by those who know about him, and revered by his fellow musicians who’ve had the fortune of making his acquaintance.

Caleb’s fortunes turned for the worse this summer though when he was diagnosed with vocal cord polyps. One of the most distinct and treasured voices of traditional country music was slowly growing silent. “The last two years at least, maybe even longer, songs were falling out of my repertoire that I wasn’t having fun singing—songs that were more challenging,” Caleb explains. “And even in general I just started not singing as much in my free time. I wasn’t having fun with it, and then my voice just kind of went completely kaput. I was at a live show and just lost my voice. I couldn’t sing at all.” 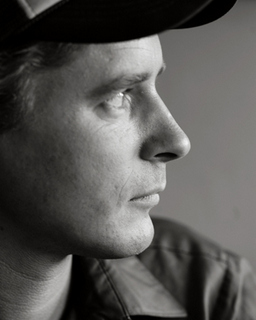 For a man who makes his living with his voice, not just in the Caleb Klauder Country Band, but as one of the long-time members of the influential Foghorn Stringband, this development was troubling to say the least. “I didn’t know what it was. I knew something was weird. It kind of crept up on me. So I went to a doctor, and it got diagnosed right away. It was plain as day. They stuck a little scope down my throat, and looked at it. So then I had surgery and I feel really fortunate because the surgery is non intrusive. They go in your throat with a laser, and it cauterizes the cut as it goes so the healing process is relatively mild and quick. I couldn’t talk at all for seven days, which was crazy.  And I couldn’t sing at all really for three months.”

But Caleb’s recovery has been going well, and with the help of a vocal coach, he’s becoming a better, more confident singer than he was before the surgery. “Now I’m back to singing which is really fun. I’ve been out touring for a little bit. Since the surgery and getting the polyps removed, and getting physical therapy with a vocal coach, it literally has brought back all these songs that I didn’t know if I was ever going to sing again. And I’m singing some songs that I was trying to learn to sing, but I just couldn’t get my voice wrapped around them. So it’s really exciting that I can possibly sing these songs again, and it’s actually fun to sing again. It was pretty dark there for a while, but with the vocal training and stuff I’m doing—it’s like weight lifting on your vocal chords—it’s helping out. I feel like I’m at 90% back to where I should be. It’s a fun feeling.” 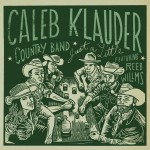 After taking some extended time off from the country band, Caleb Klauder is back out there touring, and has just released a four-song Just A Little EP to tide folks over for a new full-length album on the way.

“These were the early recordings leading up to a new album,” Caleb explains. “You’ll hear a little bit of (the voice) in there. It will probably sound to people like I’ve always sounded. And the cool thing about the surgery is that it didn’t change my voice. I don’t sound like a totally different guy, which is something I think a lot of people were worried about. But it cleared up things and made it easier to sing, and made me able to access certain songs or certain notes that I couldn’t hit before. So the recordings on the EP are pre all of that, but I definitely had polyps then, I just didn’t really know it. That’s what this new EP and then the CD is about, is letting people know that we’re out, doing it again. We’re going to be working on the new album in January.”

Caleb’s Just A Little EP recorded in January of 2013 in Portland, OR features frequent duet partner Reeb Williams, Caleb’s “Country Band,” and guest fiddler Sam Weiss on the one cover of the album, “I’d Jump The Mississippi” by George Jones. It is available at Klauder’s live shows and will be made available online soon.