Calls of Racism Amid Continued Signs Radio Consolidation is Failing 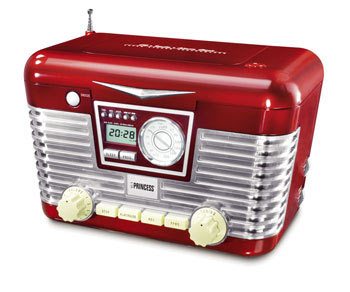 No, this is not a quote uttered on Saving Country Music by me or some other concerned country music fan, though similar sentiments have certainly been conveyed here on many occasions. This is the sentiment of the owner of an indie R&B label speaking on behalf of a genre under siege by the historic whitewashing of American music occurring at the hands of the massive radio consolidation and national syndication, and Billboard’s new chart rules that give extra credit to songs that stray outside their original genre.

All the fears, all the warnings sounded by concerned music fans and observers of media by the passing of the Telecommunications Act in 1996 and the revisions in 2003 that heavily laxed the laws regulating radio station ownership in America, and when Billboard changed their chart rules in 2012 to boost crossover songs, have now come to fruition. This is now not only a country vs. pop, or young vs. old problem. This is a man vs. woman problem as has been widely documented in country music coverage over the last year from the severe lack of women on country radio, and apparently from the perspective of many rap and R&B outfits and artists, it’s also a black vs. white issue. More and more, whether it’s labeled as country, hip hop, or R&B, if music is popular, it is probably being made by a white male, and it probably doesn’t sound like any genre specifically, but all genres generally.

Saving Country Music has been making the case for years that all popular music is heading to a mono-genre. Now concerned participants in music genres across the spectrum are clamoring about the watered-down encroachment of other genres on their music, worried their cultural identity and musical institutions are headed towards end times. When talking about the concert pairing of hip hop artist Nelly with pop country act Florida Georgia Line last week, Saving Country Music highlighted one concerned rap journalist that said that the rap genre was “more vulnerable than ever to interlopers and synthesists eager to run their sound through the Vitamix of popular music with such speed and force it’s impossible to determine the ingredients ”¦ Actual new rap songs are ceaselessly weighing down the genre itself with the junky detritus of other styles.”

Now artists and labels in the R&B field are noticing they’re getting a raw deal from the music industry, and are specifically laying the blame on the same radio consolidation causing the gentrification of country, and pointing their fingers at Billboard’s Hot 100 chart that for the first time in the chart’s 55-year history did not have one African American artist reach #1 at any time during the entirety of 2013. One of the reasons for this statistical anomaly is because genre-bending Caucasian acts like Macklemore & Ryan Lewis, who were hip hop’s big mainstream representation in 2013, and Robin Thicke, who was R&B’s big 2013 artist, have been dominating the music landscape, while the originators and innovators in the genre go more unnoticed.

Jeff Robinson, President and CEO of R&B outfit MBK Entertainment recently told Billboard, “With radio all playing the same songs by the same artists it’s difficult to break through. Even top producers are reluctant to work with new artists, preferring to take the easier way out to work with more established ones.”

This trend has made some question whether popular American music has turned their back on black performers, while at the same time co-opting their style and homogenizing it for a wider, and whiter audience. Co-opting traditionally black music and marketing it to a white audience is certainly the case in country, with top acts like Florida Georgia Line, Jason Aldean, and Blake Shelton performing chart-topping country rap songs. The trend sent one hip hop writer named Sebastien Elkouby over the tipping point, stimulating him to post a rant in late January, saying in part,

We regret to inform you that the need for your services will soon come to an end as we enter a critical restructuring period. Fortunately, after having spent nearly a century meticulously studying your art, language, fashion, and lifestyle, we have learned enough to confidently move forward without your assistance. We thank you for your contributions but have decided to make some necessary changes as a result of your decreasing value. Focus groups show that consumers are looking for more relatable images.

The topic of race and music also stimulated one well-respected financial adviser named Chris Rizik—the Chief Executive Officer and Fund Manager of the Renaissance Venture Capital Fund—to give his own detailed take on what is wrong with music. He lays the blame right at the feet of radio consolidation—not just from the perspective of a music fan or or one interested in preserving the diversity in popular music both sonically and racially, but as someone who very intimately understands how business works, and the cyclical nature of how firms rise and fall.

There is an age old problem in business that repeats itself, generation after generation. Small businesses become large ones by being aggressive, creative risk takers. But over time, tremendous size and power can slowly turn a business from an edgy risk taker into a monolithic institution whose approach changes from “playing to win” to “playing not to lose.” So instead of pushing the entrepreneurial qualities that made it grow, its culture becomes consumed with ways to simply keep what it already has.

This is most certainly the case with Clear Channel, Cumulus, and many other companies with big radio station holdings. For example, Clear Channel’s current model is one of trying to restructure their way out of massive quarterly losses of over $300 million not by being innovative, but through cutting costs by casting off local talent in lieu of big, national personalities. Despite research showing that radio needs to focus more on local talent to offer an alternative to upstart streaming services, Clear Channel sallies forth with their cost cutting measure as their revenue deficits continue to grow.

Broadcast popular radio – which through consolidation is now controlled by a few major companies … is making all the wrong decisions. In its heyday, it was both the dominant form of music delivery and the place to find new music, with local program directors creatively duking it out to break new songs. But in 2014, facing alternative music discovery sources ranging from YouTube to Spotify to internet radio … And incredibly, its response has been to combat those aggressive upstarts by growing even more conservative. Unwieldy in size, its programming is now largely done nationally, and focuses on playing smaller, safer playlists filled exclusively with established hits … This narcissistic approach, which attempts to avoid any perceived risk in programming, yields both a less interesting product and a perverse effect with regard to race on radio.

Chris Rizik then goes on to predict corporate radio’s insistence on ignoring all the studies and all the signs that national syndication is not working will result in a churning over of the format.

In the end, while the “whitewashing” of pop radio is both frustrating and maddening, a historical perspective provides some solace: From the demise of once-mighty corporations to the fall of empires, history has consistently shown that those organizations that stifle innovation and creativity and instead fight to preserve the status quo end up accelerating their own fall. So at a time when broadcast radio could better survive by becoming more creative, more inclusive and more local, it is moving the other direction, laying down a welcome mat for every innovative competitor.

What all this spells out is that ironically, though country fans and artists, and hip hop/ R&B fans and artists have traditionally been considered at the polar opposites of the sonic spectrum, they can find consensus around the idea of preserving the sonic autonomy of their respective genres. It’s not the blending of the genres that is bringing certain country and rap fans together, it is the opposition to it. When you scrape off the top layer of the most popular artists of America’s major music genre’s, you’re left with a large disenfranchised majority that would prefer to see the preservation of diversity in American music and on radio, instead of one big amalgam of influences being performed by a handful of white guys with fake Ebonic accents, no cultural compass, and a creatively-vacant, caricaturist take on the true expressions of America’s vast, beautiful, and diverse musical lineage.