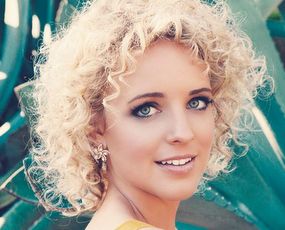 The artist simply known as “Cam” is one of country music’s fastest-rising new female stars, and she’s received a big boost from her rising hit, the understated “Burning House,” helped along by iHeatMedia’s “On The Verge” program. Whenever you hear about female artist who may be good candidates to bust through country music’s incredibly low ceiling for female singers these days, Cam tends to make the short list.

The attention she’s received must be nice and welcomed by the young singer, but one piece of publicity had her speaking up about pitting female country singers against each other based on physical appearance.

NASH Country Weekly—recently re-branded to include Cumulus Media’s wide-encompassing “NASH” brand—has posted a survey on their website asking readers “Who Is Country’s Hottest Bachelorette?” Interesting that the authors decided to include multiple women who are known to be in committed relationships in the survey, yet failed to include any women who weren’t signed or affiliated with major labels. I guess if you’re an independent country star, you must be a root. Is this NASH Country Weekly‘s way of giving women equal time? 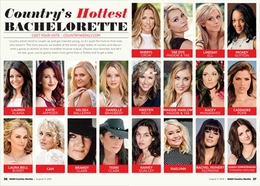 Cam, who was included in the survey, said through social media:

“HEY GIRLS!! (Especially young musicians) I know @Nashcountryweekly is just having some fun, but I want to make sure that YOU know: getting judged on your appearance literally doesn’t matter. Be good at what you do and be good to other people. That’s what you can be proud of, that’s what people want to support, that’s what makes a difference. We NEED you to be great, to work hard, to make something no one’s ever heard before! So go change our radio, our world, and just look like YOU while you do it #justthewayyouare”

Along with the discrepancy between radio spins and sales for female country stars compared to males in the mainstream, the objectification and sexualization of women in country music seems to have never been greater, by the men, by the media, and sometimes by the women themselves. However the whole SaladGate controversy has made female artists in mainstream country more aware, and more empowered to speak out about when they see other women being treated with inferiority or faced with issues more centered around image instead of creative output.

In fairness, men have been facing more media coverage based on image lately as well.