Carly Pearce Says “I Really Want To Be A Purist” 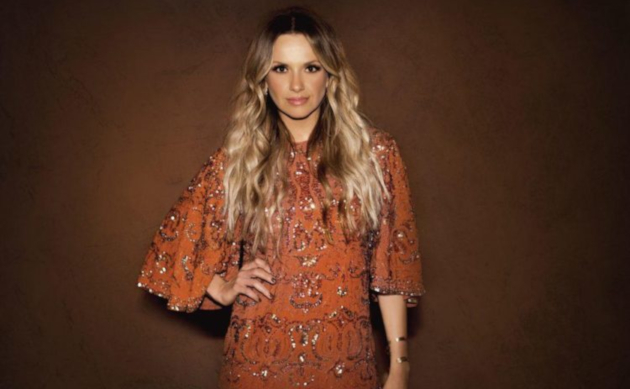 Sure, talk’s cheap. And we saw that illustrated perfectly when Sam Hunt released a new single recently called “Kinfolks” after promising us his new music was going to be “more traditional.” Instead we got more of the same from the EDM/pop star, and a broken promise. But the case is a bit different with Carly Pearce. Unlike Sam Hunt and other current mainstream stars, Carly started out in the traditional country ranks, and she’s also backing up her claims with her music.

Born in Taylor Mill, Kentucky in the northern tip of the state, the 29-year-old was playing bluegrass at the age of 11, and dropped out of school at 16 to move to Dolly Parton’s Pigeon Forge. It was there that she landed a job playing bluegrass music six times a day, five days a week for crowds at the tourist destination. She performed on a few bluegrass compilations albums at the time as well. Carly Pearce’s musical acumen was formed deep in the roots of country music.

But like so many artists that move to Nashville with big country music dreams, Carly Pearce had to scrape to get by, and claw to get her foot in the door. She spent eight years struggling to get noticed and make ends meet in the city before signing to Big Machine Records. And now that she’s had some success and mainstream country at large seems to be moving in a more rootsy direction, hopefully this opens the door for the little girl from Taylor Mill, Kentucky to be the country artist she’s always wanted to be.

“I really wanna be a purist. I really wanna be a country artist,” Carly Pearce told the press recently as she prepares to release a new album in early 2020. Not only do her words emphasize where she wants to go, but it’s also acts as sort of a mea culpa of where she’s been recently. Her breakout single “Every Little Thing,” which became a rare #1 for a woman on country radio, included enough traditional country inflections to not be offensive to many “purist” ears, even if it was still more of a pop song than anything. Her more recent single “Closer To You” was almost purely pop, and stalled on the radio charts at #28.

“I was in Nashville for eight and a half years before I got a record deal. I wanted so desperately for people to care about my music that I was writing from a place of desperation,” Carly says. “I hear so many songs on my [first] record that I’m like, ‘Oh, gosh, that girl needs a hug.’ So I think that now, finding love, finding my voice in country music, being accepted the way that I have been, getting so many of the things that I wanted as a little girl—I think I just have a way stronger foundation as a woman, and a way stronger sense of who I am, that doesn’t waver with a ‘yes’ or ‘no’ from someone in a suit.”

Recently Carly Pearce released a new single called “I Hope You’re Happy Now” featuring Lee Brice (listen below). Though it’s not what most would consider traditional country, it’s leagues ahead of what Sam Hunt just released, and what a lot of country radio is featuring at the moment.

While many in the press love to say that performers look at genre as a burden, artists like Carly Pearce that were born into country music see it as a dream. Where paying dues in country music used to mean playing six shows a day, five hours a week at somewhere like Pigeon Forge before you were given your big break on bigger stages, today paying dues is often recording a few pop songs to get your label off your back so you can do what you want. Now Carly has done both.

Carly Pearce was already someone worth paying attention to in the mainstream. Now hopefully she can join performers like Jon Pardi, Luke Combs, and others helping to put the roots of country back into country music.