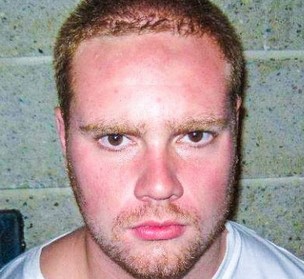 The Keith Urban concert on July 26th in Mansfield, Mass. at the Xfinity Center that saw 55 arrests, 46 medical incidents, and 22 people transported to hospitals came to symbolize the downward spiral that country music’s concert environment experienced this summer amidst a rash of incidents where both medical and police statistics shocked much of the public. After the raw numbers on the Keith Urban concert were released, further details days later of an alleged rape that occurred in the venue’s lawn section while as many as 15 witnesses stood around and took video and pictures of the incident came to light, adding to additional outrage about the concert.

18-year-old concertgoer Sean Murphy was accused of raping a 17-year-old girl and was arrested on the scene. The incident ended when a woman attending the concert asked the girl if what was happening was consensual, and she said, “No,” according to the Sun Chronicle, and the woman pulled the suspect off the girl who then fled. Apparently Sean Murphy stood around for a short period, looking for positive acknowledgement from the crowd that had gathered about what happened, before disappearing into the lawn crowd. The girl’s friends took her to police, and the gates to the concert were temporarily closed until Sean Murphy could be found and detained.

Sean Murphy did not know the girl previously, and the two met at the concert according to police. They began kissing near a concession stand before moving to the lawn area. According to the young girl, she went with Sean Murphy because “she was afraid of what would happen” if she didn’t go. Both teens had been drinking at the concert.

Sean Murphy’s parents posted his $10,000 bond the next day and he was released. The attorney for the 18-year-old claimed at the time that the incident was a consensual act, and that there was no sign of force or violence in the case. According to prosecutors, this claim was correct, and on Thursday (9-25), the Bristol County prosecutors dropped all charges against the teen.

“Given the state of the evidence, the case had to be dismissed in the interest of justice,” said Bristol County spokesman Gregg Miliote to The Boston Globe. “The family [of the woman] is on board with this decision.”

The attorney for Sean Murphy, Steven Brooks, said about the dismissal, “This is still a completely devastating accusation to be made of someone who’s 18 years old and never been in trouble his whole life. He spent the night in [jail]… It happened in a crowd and people saw it and assumed that because it was a young man on top of a young woman, and they both got up and went in different directions after, that it may have been a sexual assault. It became unmistakably clear that this was a consensual act. There were people videotaping.”

According to police, right after the incident they overheard Sean Murphy telling his parents he “messed up” over the phone, and Murphy’s attorney says that his client recognizes he “demonstrated bad judgement.” But in the end investigators decided the incident was either consensual, or at least consensual enough to not prosecute in the case.