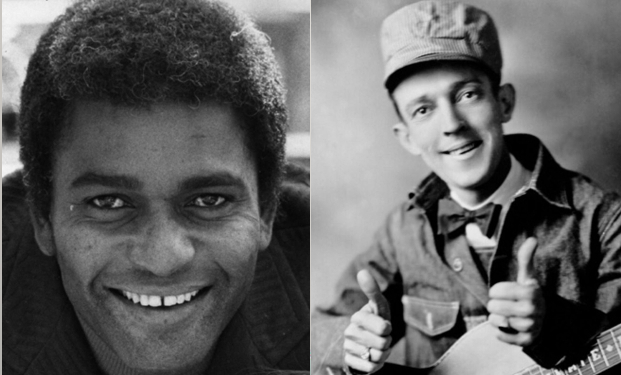 Two groundbreaking pioneers in country music—the “Father of Country Music” Jimmie Rodgers, and country music’s first African-American superstar Charley Pride—have both been selected along with five others to be in the 2017 class of Grammy Lifetime Achievement recipients. Other recipients include Velvet Underground, Nina Simone, Sly Stone, Shirley Caesar, and Ahmad Jamal.

Jimmie Rodgers was one of the very first to bring the yodel, the blues, and folk music together in a way that would stir the soul like none other before. When he sat down with Ralph Peer in 1927 to record his songs along with others like The Carter Family, country music was born. Though Rodgers would never become a big commercial star since he died in 1933 at the age of 35, his legacy looms large in country music and beyond. Rodgers was part of the inaugural class of the Country Music Hall of Fame in 1961, and is also a member of the Rock and Roll Hall of Fame.

After playing in the Negro American League, Charley Pride signed to RCA Victor and in 1967 he became the first African-American singer to perform at the Grand Ole Opry. In 1993, Pride became the Grande Ole Opry’s first African-American member, and was inducted into the Country Music Hall of Fame in 2000. It’s all the result of amassing an astounding 29 #1 hits in country music, and helping to integrate the genre. Pride’s Grammy Lifetime Achievement comes at a time when some have been critical of the Grammy Awards due to race for not considering Beyoncé in the country categories for her song “Daddy Lessons.”

“This year’s Special Merit Awards recipients comprise a prestigious group of diverse and influential creators who have crafted or contributed to some of the most distinctive recordings in music history,” said Neil Portnow, President/CEO of The Recording Academy. “These exceptionally inspiring figures are being honored as legendary performers, creative architects, and technical visionaries. Their outstanding accomplishments and passion for their respective crafts have created a timeless legacy.”