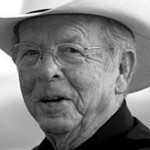 As talked about here before, Charlie Louvin, Country Music Hall of Famer and member of the Grand Ole Opry for 55 years, is suffering from level 2 pancreatic cancer. His continuing battle has necessitated him canceling the November dates for his upcoming tour. But he is keeping his show at Foobar 2 in Nashville on December 3rd, which is the official observance of the 50th Anniversary of the album Satan Is Real. Charlie is in the fight of his life with medical bills mounting, and that is why Judd Films has put together a creative way to preserve this historic anniversary concert, while helping out Charlie.

With help from Keith Neltner, Judd Films has started a Kickstarter account to help with the hard production costs to get a DVD made of the concert, that will later be sold with all the proceeds going back to Charlie. Kickstarter is a creative site where you set a target goal, take pledges through Amazon.com, and if the target is reached in the time allotted, the funds are exchanged. If the goal is not met, no money changes hands. The key is for people to donate soon so others can see how much has be contributed and how close we are.

Folks can donate to the Charlie Louvin DVD project here: http://www.kickstarter.com/projects/juddfilms/charlie-louvin-still-rattlin-the-devils-cage. Again, no money changes hands unless all the funds are raised, and all of that money goes right back to Charlie. Saving Country Music will also donate any money collected through our donate button this month to the DVD project.

The full press release for the project can be found below. 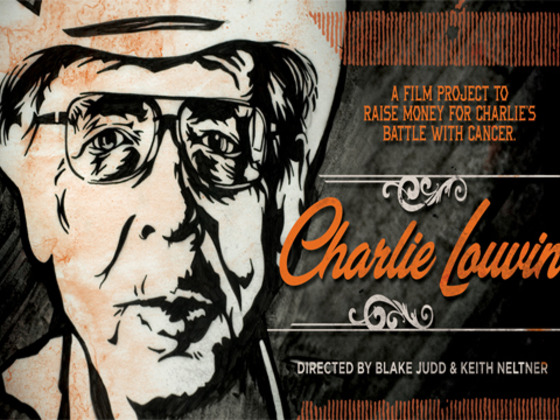 Charlie Louvin can walk through a crowded mall and not attract attention. But it shouldn’t be that way. Because that humble 83-year-old musician in the cowboy hat and jeans is a true American hero.

Because 50 years ago, he recorded an album with his brother that shook up the music business. And the life he lived thereafter was pretty radical, too.

That album, a gospel collection titled “Satan is Real” offered an honest look at a taboo subject, particularly for the times. The tracks on the album included “Are you afraid to die?” and “Satan’s Jeweled Crown.”

It was pretty rad stuff.

Fast forward a few years. 50, to be precise. On Friday, December 3, at the fooBAR in Nashville, 2511 Gallatin Ave, Charlie Louvin will take the stage and do something he’s done a thousand times: He’ll pick up his guitar, pick out a few tunes, and sing.

The night will be an anniversary celebration of that landmark album, but with the proper support, it can be far more than that. Because we’re asking Charlie’s fans, and music fans in general, to turn the evening into a documentary film-making event, including music, history, old-school honesty, plus legacy interviews with Charlie and other country music legends.

We’re asking people to log on to Kickstarter, the arts support website, and help turn this opportunity into reality. The film-makers are volunteering their time and talents for this effort that’s how important the evening.

Via Kickstarter, donors can receive DVDs and other fantastic merchandise in exchange for funding support, and can even earn an on-screen credit for giving. This is a chance for music fans to be part of history.

As you might know, this could be the last opportunity to capture such an event — Charlie’s battling pancreatic cancer. And while the cancer is winning, it hasn’t won yet. So, with fans’ help, a team of independent filmmakers will be on hand to record, and save for posterity, Charlie Louvin’s live music.

This is the tribute he so richly deserves.

And the more you know about Charlie, the more deserving he becomes.

Charlie found his passion early, and became a professional musician at the age of 14, working throughout his career with artists as diverse as Hank Williams and Elvis Costello. His passion for music would eventually lead him to the Grand Ole Opry and the Country Music Hall of Fame.

Yet in addition to his commitment to the music industry, Charlie served his country, and not just once. He fought in WWII, he re-upped and served in Korea. He served his country in two wars. That’s a rare and admirable level of sacrifice.

Additionally, Charlie faced struggles in his home country. He lost his brother and musical partner, Ira, in a car accident. Yet Charlie continued on.

Perhaps most notably, he’s been married to the same woman for 66 years. Betty.

Focused. Determined. Loyal. Rule-breaker. Clearly, this is a hell of a man.

We look forward to seeing all true country music fans on the 3rd. And to help make the evening a success, please go to Kickstarter to donate. Together, we’ll capture Charlie’s most important stage performance for all time.