Judd Films and Neltner Creative, with help from Todd Tue of Milk Products Media and Jalapi Media have just launched the website louvinfilm.com in support of the upcoming documentary Charlie Louvin / Still Rattlin’ The Devil’s Cage, now targeted for a July 15th release date. In breathtaking cinematic quality, the film covers the final concert, and final days of the Country Music Hall of Famer and Grand Ole Opry legend who passed away January 26, 2011. It includes concert footage from his final show at Foobar Too in Nashville on December 3, 2010, and interviews with notables such as Marty Stuart, George Jones, John McCrea of Cake, and Emmylou Harris.

Louvin lovers from around the world can now watch trailers from the movie, and pre-order the DVD, of which only 1,000 will be made, with all the proceeds going to Charlie’s widow.

In November, 2008 Kentucky filmmakers Blake Judd and Keith Neltner stopped by Charlie Louvin’s home for an interview. That afternoon, spent in an unassuming living room in a comfortable Nashville home, changed the filmmakers’ lives. A couple years later, Charlie was diagnosed with cancer. It was July, 2010. Later, in December, a show was announced to commemorate the 50th anniversary of the Louvin Brothers’ landmark album Satan is Real. Blake heard the news about the event and knew it was something that needed to be documented.

December 3, 2010 at the FooBar in Nashville, TN was a unique night. A mixed crowd of kids, elders, hippies and rockers crammed into the small venue to watch something Charlie had done for more than 60 years: Grace the stage and hit those notes. That evening, Charlie was weak off stage, but his presence was felt, and his fans chanted “Charlie, Charlie…” leaving chills on the arms of those who knew him well. The crew sat down with Charlie the next day and he shared many stories, some new, some old, but he talked with a clarity you wouldn’t expect from a man battling cancer at 83.

In supporting Charlie’s family, we all have a chance to pay homage to a good man, and to rattle the devil’s cage. Which feels pretty damn good. 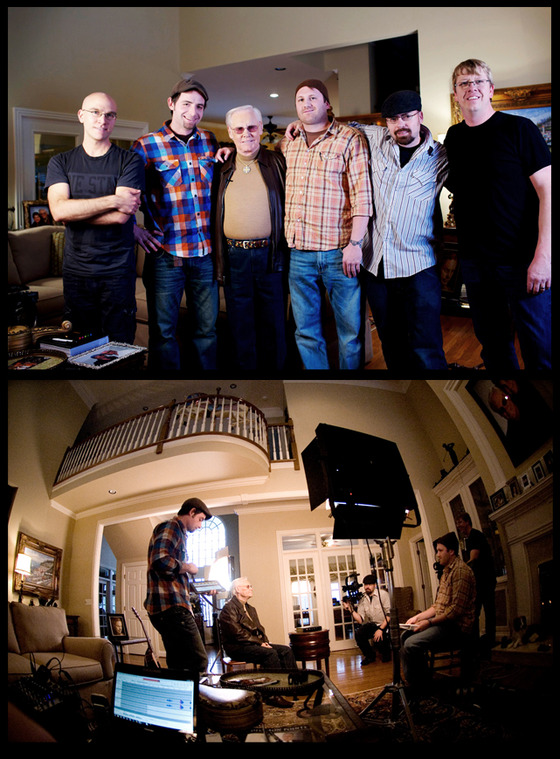