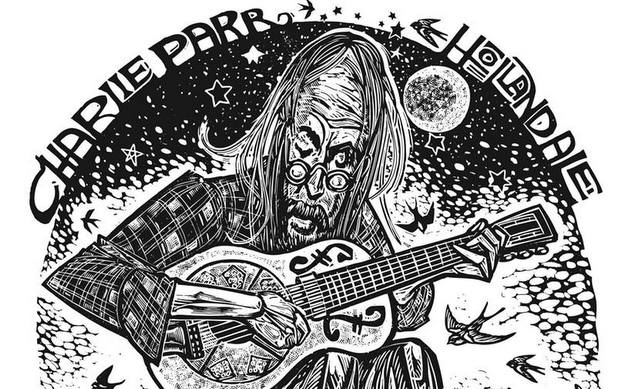 The great American folk singing legend and banjo player Pete Seeger passed away on January 27th, leaving the rest of us behind to ponder our slowly-diminishing roster of living folk musicians with truly original voices that will outlast their own lifetimes and beyond, while the hungry ear searches in vain through both the overwhelming crush of recorded material, and a veritable vacuum of anything that isn’t a derivative of something that came before, to hopefully discover a piece of recorded music that touches the heart in a truly original manner. 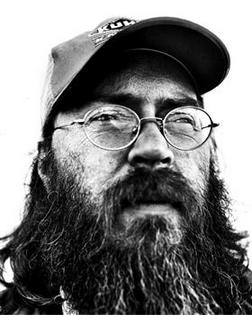 All but appropriate then that on the very next day, January 28th, one of our generation’s most venerable folk musicians, Duluth, Minnesota’s Charlie Parr released his 12th full-length album, and one that arguably mark’s the artist’s most bold, and most ambitious undertaking yet, not just of his career, but of the careers of many of his peers. It is called Hollandale, and it is a leap beyond measure, with no regard for the firmness of the landing. It is an act of both faith and improvisation, but bound and directed by the unspoken communion between a master musician and his instrument, immersed in the inspirational atmosphere that permeates an artist as he submits himself wholly to the musical experience and allows it to breathe through him.

Hollandale is like nothing you’ve heard, from Charlie Parr or anyone else, at least not like anything you’ve heard for a very, very long time, and with this amount of body and clarity behind the recording itself. Whatever you were expecting from this album, you are probably wrong, and in its stead you get an in-depth exploration into what it means to be alive, to be human, to feel pain and to yearn and reflect, without a single word being spoken on the entire work.

With his custom, unique tunings played on a resonator, Charlie Parr delivers a sound that is both full, and ambitiously stripped-down to the very root of primitive American music. It is bursting with colorful narratives, original characters, and auspicious wisdom without including a bit of grammar. And most importantly, Hollandale is a journey. It takes you places; wherever you want to go. 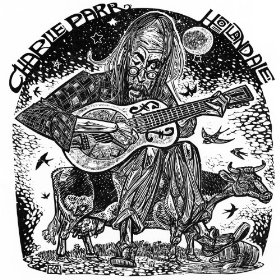 Hollandale consists of only 5 tracks, including a two-part movement that has the same name of Parr’s last album, “I Dreamed I Saw Paul Bunyan Last Night”. It also includes a 4 ½-minute collaboration with Alan Sparhawk of the Duluth band Low. But all told the album still delivers a stellar, 40-minute musical experience. This album is also exquisitely recorded, mixed, and mastered. The production is as much of an important component to the project as Charlie’s slide and his signature tunings in taking the record to a high level of critical recorded works. Hollandale was specifically engineered for vinyl, but even in the CD and streaming formats, the liveliness and warmth of the recording isn’t just an enhancement of the Hollandale experience, it is a seminal part of it.

Hollandale is a victorious moment for Charlie Parr, and shouldn’t just make it into your home’s music collection, but is one of those works you could hear being secured in the Smithsonian’s archives of important American instrumental music works. Charlie Parr has set the bar of creativity and originality that all folk, blues, and country musicians will be measured against throughout 2014 and beyond, and did what every musician would love to do 12 releases into their musical journey: make an impact larger than themselves.