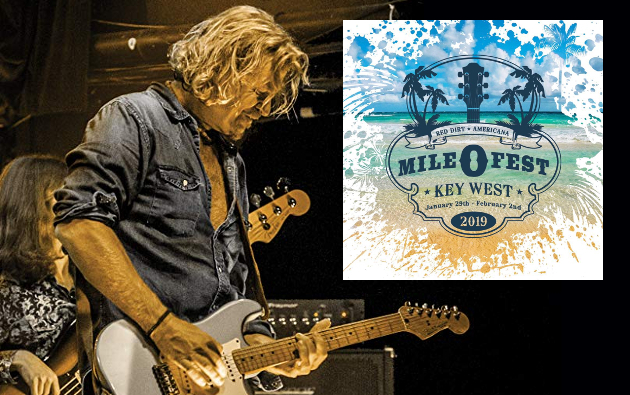 Texas music legend Charlie Robison will be making a rare public appearance since retiring from music in September of 2018 as part of a special tribute being put together at this week’s Mile 0 Fest in Key West, Florida. To be hosted by brother Bruce Robison and close friend Jack Ingram, multiple performers from the Mile 0 Fest lineup will be paying tribute to the songwriter and performer who put his career on permanent hold after complications from surgery left him unable to sing.

Charlie Robison was initially announced as part of the 2019 Mile 0 Fest lineup, but had to cancel after his retirement announcement. That’s when promoter Kyle Carter of Oh Wook! Productions—the parent company behind Mile 0 Fest—called Charlie’s booking agent with the idea of putting together a tribute.

“I’m a huge Charlie fan,” Kyle Carter tells Saving Country Music. “There will be some pretty fantastic storytelling, some sharing of Charlie’s songs, and the songs that influenced those guys. Keith Gattis who wrote ‘El Cerrito Place’ and ‘Big City Blues’ will be there, Jamie Lin Wilson who plays everything at Mile 0, and many others.”

The tribute will happen Friday, February 1st, with more details forthcoming. Attendees are being told to download the Mile 0 Fest app, which will be updated with details on the tribute. There will also be camera crews on site to capture moments of the tribute for those who can’t be there.

The announcement of the Charlie Robison appearance comes in the wake of the news that the Turnpike Troubadours will not be appearing at Mile 0 Fest after canceling numerous other dates last week.

“We are devastated Turnpike’s not coming,” says promoter Kyle Carter. “Our condolences go out to that entire team. But these are people too. As Cody Canada said a few days ago, we all have problems, but some of our problems are laid out on display in public. That is a performer and entertainer’s life. Every single day, the small problem in someone’s office don’t get blasted out to tens of thousands of folks to see.”

On Sunday, Cody Canada also took to social media to compel Mile 0 Fest attendees to wear Turnpike Troubadours gear to the festival to show their support for the band. Some attendees have been wondering if a replacement band would be named after the cancellation, but Kyle Carter says there wasn’t enough time due to the late nature of the cancellation, and the logistical and legal nightmare of attempting to plug in another band on the main stage last minute.

“It is the Southernmost point in the United States. It is not easy to get in here. And it’s really not easy to bring a band, all the band’s personnel, all of the gear, and all the technical components of the show down here. If we were in Oklahoma City or Dallas it may be a different story. The contracts were written a long, long time ago. It’s not just as simple as hiring a band, saying, ‘Okay, we’ll see you at the show.’ Accommodations have been booked for many many months, not just the festival, but the entire island. You can’t get an accommodation. Flights are next to impossible to get, and trekking down is a long way to go. It’s not just switching a name on a schedule. It’s just wicked tough to do so.”

Beside Kyle Carter says, you can’t replace the Turnpike Troubadours.

“I could replace Turnpike with Elvis Presley, and it’s not going to make people thrilled because they love Turnpike. Nothing replaces Turnpike. We want Turnpike, and outside of Turnpike, we don’t want anybody else. There’s not another Turnpike Troubadours. That’s like saying, ‘Oh, your dog died? We’ll we’ve got another dog.’ No, I want my dog. That’s not my band.”

Aside from the Turnpike Troubadours cancellation, Kyle Carter and the Mile 0 Fest staff say everything is ready to go on the island, and they’re excited about the festival’s second season, including a Tuesday night kickoff party that will happen right in the heart of Key West, and will be completely free to the public.

“This year we added 30 new shows, we added 4 new stages, and we added a day for free. Key West is known worldwide, but it’s a small town. Tuesday night is a free deal. Anyone can come, and that is introducing our music—and when I say ‘our music’ I’m saying that because we all feel like we own a piece of this music—to a bunch of people who would otherwise never know anything about these bands and the great art they create. We’re stoked about the Tuesday night thing.”

Charley Crockett also cancelled his Mile 0 Fest appearance months ago, but it in time for him to be replaced by Shane Smith and the Saints. Crockett announced on Sunday (1-27) that his open heart surgery to fix a heart condition called Wolf Parkinson’s White was successful.

“I can say without hesitation that we’re just way more prepared this year,” says Kyle Carter. “Last year was awesome, but we are moving more efficiently now with less effort. People think of us as a big production company. This is a family affair. We are a handful of people pulling this off 98% of the year. We have so many experienced consultants, volunteers, etc., but really this is a team of myself and a handful of people.”

Mile 0 Fest officially sold out on January 12th—a pretty remarkable feat for a destination festival in its 2nd year. 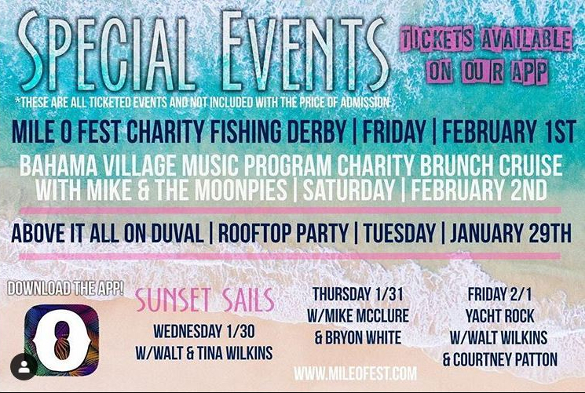