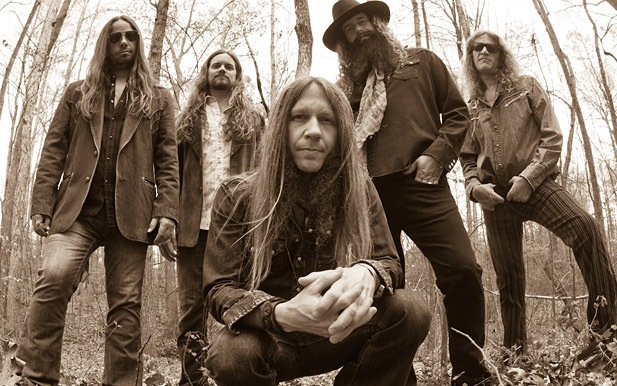 When Blackberry Smoke released their last album Holding All The Roses back in February of 2015, it became the first independently-released record to go to #1 on the Billboard Country Album’s charts in the modern era. Now they’re getting ready to release their latest installment, the self-produced Like An Arrow through Thirty Tigers, and the album is already receiving considerable buzz.

The October 14th release date can’t come quick enough for some Blackberry Smoke and Southern rock fans. So what can they expect from the new record?

“It’s not an afterthought like the kind of crap that is on country radio now,” said Blackberry Smoke frontman and primary songwriter, Charlie Starr in a recent interview. “It might be some people’s thing but it’s not mine. There’s not much of a statement, there’s no emotion — it’s hollow and that’s a drag.”

After taking fairly long stretches in between releases, Blackberry Smoke’s sixth album is the first they’ve released in back to back years.

“When we are making records, we’re trying to make a listening experience,” Charlie Starr continues. “It’s not just about recording a bunch of songs and putting them on tape then passing them out and making them the songs we’re going to play. I feel like we look at it sort of like our heroes did … We’re trying to make honest music that has something to say lyrically and musically — something that will move people, not just sell a T-shirt. We want to make music that will last.”

If you can’t wait to listen to the new Blackberry Smoke record, it’s currently streaming on The Wall St. Journal.