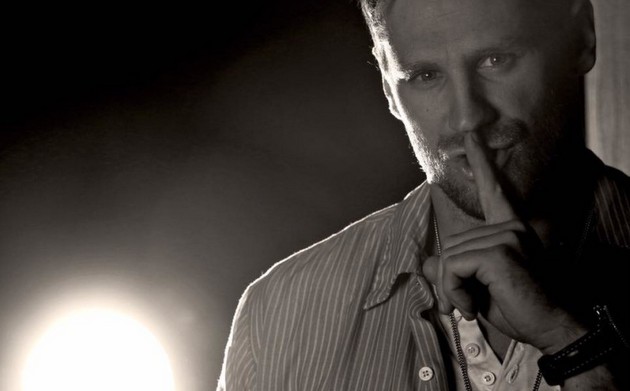 The lead single to Chase Rice’s new record is done, finished, finito, dead, and game over according to radio insiders. And the results do not paint a very pretty picture at all for the performer. After a big promotional push by Rice’s label Columbia Nashville, all that his song “Whisper” could muster on the radio charts was a whimper before limping off into the night virtually unnoticed. The single stalled out at a terrible #56 on the Billboard Country Airplay chart, and now who knows what is in store for the Bro-Country artist.

The controversial song with questionable lines even for today’s country like “What if I shut ya up with my lips on your lips” was preceded by a strange apology in letter form by Chase to his fans basically saying he knew “Whisper” was completely self-absorbed and shallow, but oh boy wait until his entire album came out, and then you would hear all this great music of substance.

“I’m not ignorant, there are a lot of people out there waiting for country music to find a little more depth and meaning,” Chase said in the letter. “Well, I agree with you. Country music deserves that. This first song may not be what you’re looking for yet, but that’s ok, because music was not meant to be heard in singles, but in Albums.”

The problem is, Chase Rice was already talking out of both sides of his mouth when he posted his letter. He told the Sun-Times while complaining himself about the lack of meaningful material in today’s country, “It will be all about depth in this next record.” Now the only way that is possible is if he leaves “Whisper” off, which may not be a bad idea after its performance.

But the bigger problem for Rice might be if there even is a new album at this point. Undoubtedly there are songs in the can waiting to be released by the “Cruise” co-writer, but in the current environment in mainstream country, if your lead single flops this hard, it’s hell to get a label to make the next move unless it’s seeing you to the door.

Just as much as the big wins and sales numbers for Chris Stapleton are a promising sign about where country music might be headed, as well as the return of (some) female representation on country radio, and the continued growth of market share by independent artists, so is the lack of traction certain artists and songs are finding for their post Bro-Country offerings. The death of “Whisper” is a big, symbolic moment for where the momentum in country music is headed.

This is not 2013 anymore, but some in the business just can’t get off of that Bro-Country sauce. They think mixing arena rock with hip-hip beats is still the way to go with your lead single. But that ship has sailed, especially for artists like Chase Rice. It’s not that there still isn’t a slight amount of appeal for that style of music, but many of those malleable music fans who were only listening to Bro-Country because it was the hot thing have well moved on. There’s only enough bandwidth left for a few artists, and Luke Bryan, Florida Georgia Line, and Cole Swindell are already way more established.

Look what Florida Georgia Line released as their last debut single: “Dirt.” Look what Cole Swidell released as his lead single and title track: “You Should Be Here.” Look at the latest single Luke Bryan has released, “Lovin’ Fishin’ and Huntin’ Every Day.” You may hate all of these songs, and they all certainly have plenty of reasons to hate them. But each contains at least a small element of effort and pragmatism to reach out to country consumers with a little bit more of a message, or a modicum of roots that at least makes it relevant in today’s country marketplace. Chase Rice on the other hand went swinging for the Bro-Country home run ball, and whiffed.

The failure of “Whisper” should be a warning to the other Bro-Country acts hoping to hold on to their relevancy in the mainstream country marketplace: you better get with the program and bring music with a bit more substance, or you risk bowing out. You can say whatever you want in letters and interviews, but actions speak louder. And the American public is now listening more intently.

Interesting Note: The “official” YouTube player for the song below currently says it’s “unlisted.” Is Columbia Nashville already attempting to distance from the song?