What good is your revolution if there’s no one there to tell the rest of the world about it?

In the mid 70’s when country music was in upheaval from a new crop of rough shot artists thinking they should be able to write their own songs, record with their own bands, and keep creative control of their music, Rolling Stone Associate Editor Chet Flippo hit the streets of Nashville to help chronicle what was happening. Not nearly as off-the-wall as his more famous Rolling Stone counterpart Hunter S. Thompson, but just as willing to take an offbeat approach and embed himself amongst his journalistic subjects to get the whole story, Chet Flippo became the eyes and ears for the rest of the world enraptured by country music’s Outlaw revolution. 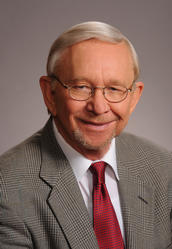 Beyond writing features for Rolling Stone, Flippo lent his pen to the very music of the Outlaw movement, writing the preambles and liner notes to both Wanted: The Outlaws, the first platinum-selling album in the history of country music, and Willie Nelson’s Red Headed Stranger, arguably country music’s most influential album of all time, and many other albums of country music’s Outlaw era.

Flippo was an editor and writer for Rolling Stone until 1980 when he left to write a biography of Hank Williams, but continued to contribute to the magazine over the years. From 1991 to 1994 Flippo was a lecturer in journalism at the University of Tennessee in Knoxville, before moving to Nashville. From 1995 until 2000, he was the Nashville Bureau Chief for Billboard, leaving in 2000 to become the Country Music Editor for Sonicnet.com.

But Flippo was known more recently for his work on CMT.com in his always-enlightening Nashville Skyline columns. For 12 years he oversaw editorial content for CMT. A writer who had seen it all with the courage to say what he believed, Flippo had the ability to stimulate discussion like none other in his field. Though he never seemed exactly at home on CMT with his more traditional country mindset, Flippo’s air brought a sense of legitimacy to the whole CMT operation.

Chet Flippo, whose influence wasn’t just confined to country, was the author of 7 books including

His library illustrated his all-encompassing perspective of the artists he chose to cover, and the intimacy with which he was afforded from the respect the artists had for the Chet Flippo name.

Flippo was born in Fort Worth, TX, and was a veteran of the Vietnam War, serving in the U.S. Navy. He went to college at the University of Texas in Austin, and after working as Contributing Editor for Rolling Stone magazine while in graduate school, he became Rolling Stone’s New York Bureau Chief in 1974, rising to senior editor after Rolling Stone moved its offices from San Francisco to New York in 1977.

Chet Flippo’s wife Martha Hume, also a noted music journalist and author, died on December 17, 2012, and today we got the unfortunate news that Chet Flippo has now joined her in the great newsroom in the sky.

Every third year the Country Music Hall of Fame inducts a non-performer into its exclusive ranks. If there was ever a journalist that deserved to be included amongst the artists he covered so dutifully for so many years, it would be Chet Flippo.

RIP to an inspiration to music journalists from across the world, and across the sonic landscape.