Trigger Down with Pop Country 46 Comments 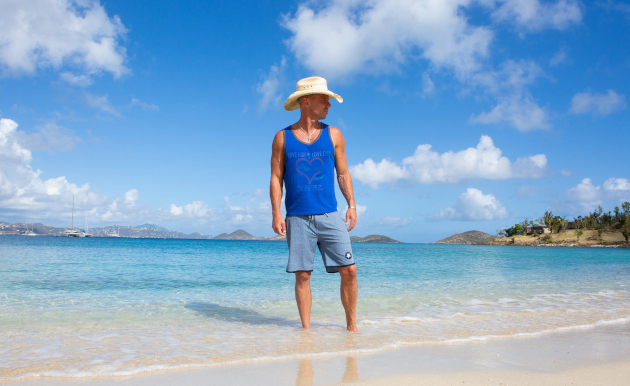 I want to congratulate Kenny Chesney on all of his great country music success with all the albums sold, the massive stadium shows, the incredible sheen he’s able to buff into his forehead, that strange marriage to Renee Zelleweger and whatever happened there, and of course, his always deliciously on-point Panama Jack attire. What an American success story he is, and an inspiration to us all.

Recently Kenny Chesney announced his upcoming 2020 tour with Florida Georgia Line and Old Dominion that he’s calling “Chillaxification.” It will see the King of Beach Bum Country taking his sandy toes and mixed drinks with tiny little umbrellas in them to 38 different ports of call from April to August.

Strangely, as a man of letters, I had never heard of this term “Chillaxification” before. So as a public service, I decided to bury my nose into a litany of scientific and medical journals to do a little bit of etymological research, and actually found the word has a number of different applications.

So just in case you were wondering, here are the definitions of “Chillaxification.”

²Chill·ax·if·i·ca·tion:  n. A safe and effective way to remove warts.

4 – Chill·ax·if·i·ca·tion:  n. The scientific term for the process of when a human male’s penis goes from erect to limp.

5 – Chill·ax·if·i·ca·tion:   n. An elective procedure to bleach your cat’s asshole.

6 – Chill·ax·if·i·ca·tion:  n. The decomposition process of a Styrofoam cup after it’s discarded on the side of a highway.

7 – Chill·ax·if·i·ca·tion:  n. A fake word coined by a 51-year-old bald, sawed-off, and past-his-prime country music stadium performer trying to pretend he’s still relevant to anything more than 50-something divorcees with skin cancer.

In all seriousness, Kenny Chesney is not that bad. We’ll, “She Thinks My Tractor’s Sexy” will never be forgivable. And talk about euphemisms, his latest single “Tip of My Tongue” is full of them. But his last album Songs For The Saints was not all terrible and went to a good cause.

But if you can’t laugh at the silliness of calling a country music tour “Chillaxification,” you need to chillaxificate.