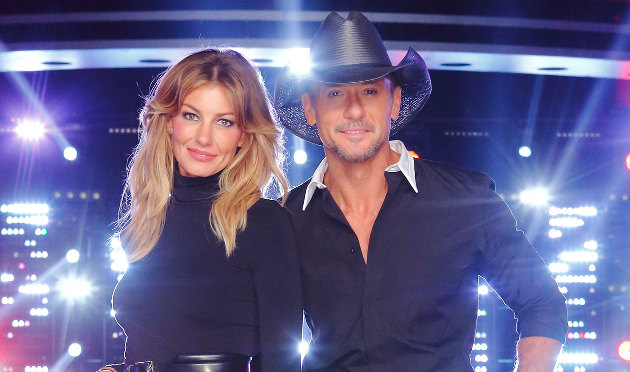 There is no room for aging female talent in today’s mainstream country music. Had a failed single? Been a while since you released an album? Well then it’s over. Kacey Musgraves isn’t even 30 yet, and barring a miracle, she’ll never have a Top 20 single for the rest of her life. Sexism? Ageism? Sheer stupidity? Yep, you can pretty much check all the above boxes.

So Tim McGraw, the consummate gentleman of mainstream country music at the moment, and one of the few good guys both off the stage and the radio dial, took his coat off, threw it over the puddle, and let his wife walk over it. Screw whatever ramifications to his personal career. It’s just a coat.

It’s all beginning to make sense now. When it was first announced like a shot out of the dark that Tim McGraw wasn’t going to re-sign with Big Machine Records where he’d had so much recent late-career success with the label and instead was going with Sony—and at the same time it was announced Faith Hill was also signing with Sony and the country music power couple was going on tour together—clearly something was cooking. And now we’ve been given a taste of it.

Chivalry may be dead, but it’s alive and well in the McGraw/Hill household. In a press release, the couple announced they will release a new single together called “Speak to a Girl” that will be shipping to country radio on March 23rd. It was written by Shy Carter, Dave Gibson and Joe Spargur, and it will be the first single off of a joint album with McGraw and Hill. Perhaps the new single will suck. Perhaps it won’t. We’ll just have to see. That’s not really the point at the moment though. The point of this is to allow the couple to collaborate with each other, and letting their fortunes be intertwined for the foreseeable future.

Think Faith Hill doesn’t need a man to make a comeback and it’s reductive to imply so? Get real. Don’t blame me, blame Music Row. But McGraw is out to beat the system at its own game, just like he did when he left Curb Records in his 40’s and was still able to mount a comeback. Now at 49, country radio loves McGraw just as much as they have at any time in his career.

It all makes perfect sense really. Though Faith Hill never announced a retirement to spend more time with family and a triumphant return like Garth Brooks did, that’s pretty much what happened. Her last studio record was in 2008, and now that the couple’s youngest daughter Audrey (born in 2001) is reaching that age where she’ll be flying the coop soon enough, it allows Hill to head out on tour more and have a rejuvenation of her career if the cards fall right. Tim and Faith will be heading out on their joint Soul2Soul tour starting on April 7th.

This won’t be the first time Tim and Faith have toured together. They did another Soul2Soul tour in 2000, and another in 2006-2007. They also toured Australia together in 2012, right before Tim signed to Big Machine Records. This is one of the reasons it seems perhaps the touring situation is facilitated by the Sony deal, though it is interesting the couple signed individual deals. It’s not unusual for a duo to sign a separate deal from their solo deals when they’re both already established stars. Some have speculated that Big Machine, who is currently in the process of contracting, didn’t want to sign Faith, and this is what sealed McGraw leaving the label so he could work directly with Hill.

Either way, we now have the Tim and Faith show to look forward to (if that’s something you look forward to), and it will be very interesting to see what this does for the future of both stars. Faith hasn’t had a successful single since 2006’s “Sunshine and Summertime” that peaked at #7, except that #2 she had singing duet style on McGraw’s “Meanwhile Back At Mama’s” from 2014. You see?

This should be interesting.