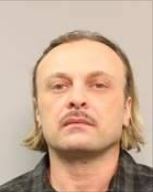 Chris Ferrell, the owner of the Pit & Barrel Bar in Nashville, and the man accused of 2nd degree murder in the shooting death of Outlaw country musician Wayne Mills, was in court for the first time today (12-16) in a hearing to determine if his $300,000 bond was fair, and if Ferrell was a flight risk. Ferrell attorney David Raybin argued the bond should be set near $25,000, and that Ferrell could have “run for tall weeds” after the shooting, and didn’t. Assistant District Attorney Rachel Sobrero referenced Ferrell’s history of prior arrests, family ties to different states, charges of domestic assault and interfering with an emergency call that were dismissed this year, and that Ferrell has an upcoming hearing on a vandalism charge. The judge eventually reduced the bond to $150,000, and later Chris Ferrell was released with tight restrictions on his movements, and a court order to stay in close contact with his bail bondsman. Ferrell was also ordered to give up his extensive collection of guns. He was released at 6:54 PM.

Further details came out about the case in the hearing, including that Chris Ferrell not only told officers that the altercation between Wayne Mills started with an argument over smoking in a non-smoking section, but that Wayne came to the Pit & Barrel to “rob and kill” Ferrell. Two guns were found at the scene when police arrived: An empty revolver and a semi-automatic handgun. A private investigator hired by Chris Ferrell, former city homicide detective Larry Flair, also found an additional bullet lodged in a wall of the Pit & Barrell, beyond the shots that struck Mills, including the fatal shot to the back of the head according to numerous reports. The indictment of Chris Ferrell came down before the additional bullet was found, and information on whether the bullet was from the same gun used to shoot Wayne Mills, and whether Chris Ferrell is asserting that Wayne Mills was armed has yet to be made available.

More details of the crime scene also emerged. When police arrived at the crime scene, they found a trail of blood from the parking lot to just inside the front door where Mills was laying, breathing but unconscious. There was broken glass surrounding the crime scene, and the two guns were sitting on tables. Chris Ferrell was cooperative with police. What did not come out in the hearing is why it took nearly 10 hours for police to properly identify Wayne Mills, instead believing he was songwriter Clayton Mills.

When Ferrell arrived in court, he was wearing a yellow jumpsuit, meaning he has been placed in protective custody in jail. Ferrell stated that he’s received as many as a dozen death threats from text messages, social media, and voicemail, and that he resorted to wearing a bulletproof vest before turning himself into authorities after the Grand Jury indictment on December 6th.

Read Report from the Court from The Tennessean