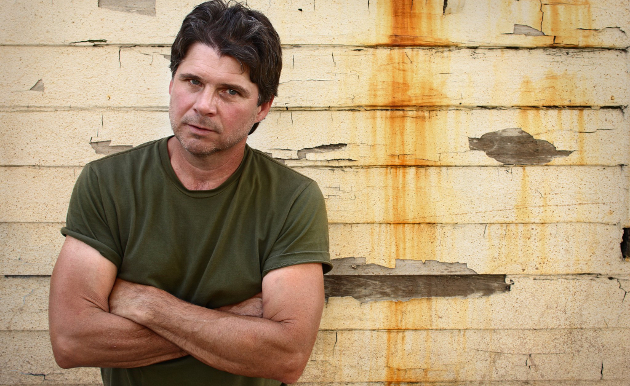 September of 2012 was the last time well-respected country music songwriter and performer Chris Knight released new music in the form of his album Little Victories, and in the years since, his devoted fans have been salivating for information on when something new might be coming. There’s been hints and allegations over the last year or two, with Knight saying last summer, “I’m pretty close. I need to get on in the studio, and start recording some stuff.” Now we have confirmation that he wasn’t bluffing this time.

In an interview published by The 11th Hour out of Macon, GA, Chris Knight confirmed that he’s been working with Dan Baird, guitar player Chris Clark, engineer Ray Kennedy, and an interesting list of songwriters on a project that may see the light of day later this year.

“Right now, we’re trying to get all the artwork done and just stuff like that, getting it set up to release sometime in the fall, I’m sure,” Knight said. “Me and Dan [Baird] wrote a few, and me and Gary Nicholson’s got at least one, maybe two on there. And an old friend of mine, we were at the same publisher, David Leone. He’s on one—but I don’t want to let too much go on this record, you know? So I’m gonna keep a lot of that to myself.”

Knight didn’t drop many more hints on what listeners could expect, but he did say he’s been very busy lately raising his kids, and he didn’t want to rush into releasing new music.

“I didn’t want to go in the studio ’til I had the songs ready, and I think we did a good job on what we got,” Knight says. “So I’m hoping this record’ll do well … But I’m kinda feelin’ like after I get all this out of the way and after the record’s been out a while, I wanna start writin’ pretty seriously and have another one ready as soon as I can. But I don’t know when that’ll be. It might be another seven years, so…”

Growing up in Slaughters, Kentucky, Chris Knight worked in the mining industry for a decade before he started pursuing music seriously at the age of 30. He didn’t land a record deal until he was 37, and has since recorded music for Decca, Dualtone, and Thirty Tigers. His songs have been covered by Randy Travis, Lee Ann Womack, Montgomery Gentry, Wade Bowen, and others, and his down home authenticity mixed with real world wisdom makes him a favorite of many.

More information on the new album when it comes available.