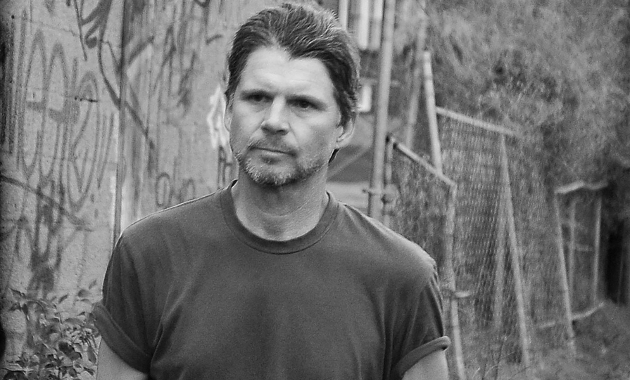 Fans of Kentucky-based singer and songwriter Chris Knight have been waiting impatiently for news on a new album for a few years now. His last record Little Victories was released in September of 2012, and since then folks have been salivating for new material. A songwriter’s songwriter who’s been covered by Randy Travis, Lee Ann Womack, and others, his down home authenticity mixed with real world wisdom makes him a favorite of many.

Promoting his upcoming live shows, Chris Knight stopped by the studios of WFHB recently to appear on the Firehouse Sessions with host Jim Manion. Knight played a few songs, and gave fans an update on when new music may be on the way.

“I’m pretty close. I need to get on in the studio, and start recording some stuff,” Chris Knight said. “I’ve got a pile of songs. I’m still tweaking, and culling, and so it shouldn’t be too long. I know it’s about time, I’ve just kind of been … I tell everybody I ain’t sold enough of my first album yet (laughing) so what’s the rush?”

Growing up in Slaughters, Kentucky, Chris Knight worked in the mining industry for a decade before he started pursuing music seriously at the age of 30. He didn’t land a record deal until he was 37. Now he’s a regular on the tour circuit, as well as in lists other songwriters recite when asked who their favorite composers are.

Chris Knight has been signed with Decca, Dualtone, and Thirty Tigers. His last record debuted in the Top 25 of the Billboard Country Albums chart.