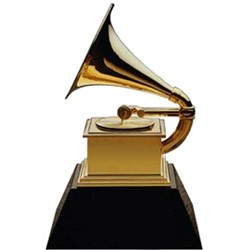 The 2015 Grammy Awards will be a big one for country music, and for some very deserving stars. Not every year are the biggest categories of the night—Album of the Year, Song of the Year, and Best New Artist—relevant to country. But this year, country artists make it into all three categories, including a huge nod for Chris Stapleton for Album of the Year. It comes off the songwriter riding a tremendous wave from three big wins and the marquee performance at the 2015 CMA Awards in November. The wins came right as the Grammy nomination process was in full swing, and results in him walking away with four nominations.

In the Americana categories, Jason Isbell, who was famously snubbed a couple of years ago, walks away with two nominations. Also Lee Ann Womack, Hayes Carll, Dave Cobb, and Merle Haggard and surprising nomination recipients, along with a slew of other deserving names in the Americana, American roots, bluegrass, and folk categories. All the country relevant categories and the nominees can be found below with further thoughts.

Make sure to join Saving Country Music for the LIVE blog Grammy night.

On the surface, you would have to consider Chris Stapleton the massive underdog. But I am done of betting against him. Until he actually loses a major award, he has to be considered a front runner, even in this field. Remember, last year Beck shocked the world by winning in this category. How did he do it? By the field splitting between other front runners, giving him the space to emerge. This is also how Stapleton also pulled off his CMA wins. Very likely this time the field will split between Kendrick Lamar and Taylor Swift. Either one of these two will run away with it, or Stapleton will slip in for another earth-shattering win.

Also, let’s give some attention to the Alabama Shakes. They are regularly associated with the Americana crowd, and it’s good to see a throwback band get this recognition. The Weeknd has no chance; too early in the career. Let’s also recognize it’s not every year a country album gets recognized in the Grammy’s top category.

To Pimp A Butterfly Kendrick Lamar

Beauty Behind The Madness The Weeknd

Chris Stapleton’s big wins at the CMA’s overshadowed that “Girl Crush” swept the song categories. Consider it a strong contender here. Here’s hoping “Blank Space” and Max Martin don’t win. “Thinking Out Loud” has to be a front runner, and a deserving song. Not every year does this category have country implications.

Hopefully Sam Hunt loses, but he’s got to be considered a front runner from the year he’s had. Meghan Trainor’s Nashville ties also makes her one to watch.

Chris Stapleton and Kacey Musgraves have to be considered your front runners. Kacey always does very well come awards show time, and we know Chris Stapleton’s track record so far. Though it would be painful to watch, Sam Hunt could have a real shot. Remember, the Grammy’s are voted on by everyone, and there’s lots of pop listeners out there who love to say, “I never liked country until I heard Sam Hunt.”

Very good field, Grammy Awards. But “Traveller” feels like a default pick (though it may win), and Brandy Clark’s selection feels like a significant stretch just to get her a nod. Would be cool to see Lee Ann Womack and Hayes Carll walk away with some hardware together, but “Girl Crush” is your front runner.

Jason Isbell got snubbed for this award two years ago in maybe one of the biggest snubbings in Grammy history, so it’s great to see him finally recognized. He also has to be considered the leader of the pack. But the Grammy voters have a history of going with names they know and recognizing legends. Rosanne Cash swept the Americana awards last year. So don’t count out Emmylou and Rodney. The Firewatcher’s Daughter was significantly underrated this year. Good to see it get a nomination. Mono is the wrong Mavericks album to nominate.

Something More Than Free Jason Isbell

Cam will receive a lot of interest, but is she well known enough to receive votes from the all-genre Grammy voting populous? Stapleton’s song feels like a default pick here, but he has a good chance of winning. “Little Toy Guns” is a good pick from Carrie Underwood—much better than her recent singles. Urban may win if his label can lean on enough voters.

Little Big Town is the critical favorite this year. Charles Kelley’s song had barely had its umbilical cord snipped when the nomination process started. Let it take its first breaths before we start nominating it for crap, huh?

Joey + Rory is obviously a sympathy pick here after Joey has been diagnosed with terminal Cancer.

Nobody knows what the hell this category is, or who to put here.

“And Am I Born To Die” – BÃ©la Fleck & Abigail Washburn

“City Of Our Lady” – The Milk Carton Kids

“See That My Grave Is Kept Clean” – Mavis Staples

Let’s put the Punch Brothers in bluegrass where they belong. Let’s put Don Henley and Merle Haggard in country where they belong. This could go to anyone. If it was strictly Americana voters, Isbell would walk away with it hands down. But the Grammy Awards like names they’ve known for years.

Before The Sun Goes Down – Rob Ickes & Trey Hensley

The Muscle Shoals Recordings – The Steeldrivers

Tomorrow Is My Turn – Rhiannon Giddens

Producer Of The Year, Non-Classical

Dave Cobb is nominated in this category for:

” Something More Than Free (Jason Isbell) (A)

” Southernality (A Thousand Horses) (A)