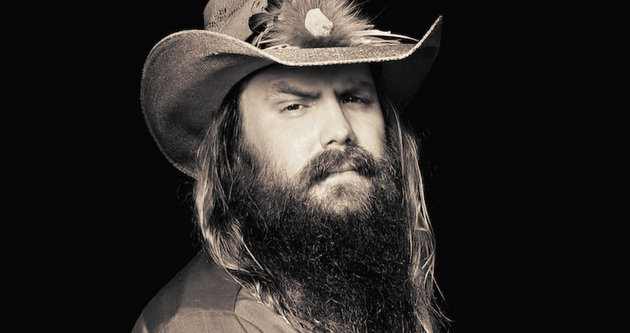 This is the bill of goods fans of true country music, and fans of independent music have been forced to sell themselves for years as a consolation prize for continuously being overlooked, losing in bulk, and being generally embarrassed during the moments when America and the world crowds around the boob tube for the spectacle of a televised award show like the CMA’s or the Grammys.

But we’re lying to ourselves when we say these things don’t matter, just like we lie to ourselves when we say radio doesn’t matter. It may not matter to you, or to us as music fans who care about the quality of the music, or the content of the character of the performers, and not just the commercial success behind them. But that doesn’t mean awards don’t matter in the grand scheme. Undoubtedly, the truest artists in music don’t need the validation of the industry or some awards apparatus to feel fulfilled. But that’s beside the fact that nominations and wins at award shows can help get an artist heard, or aid the more overreaching effort to improve the lot of popular music if the right people win.

The Grammy Awards certainly mattered in 2002 when the soundtrack to the movie O Brother Where Art Thou walked away with Album of the Year, and Dr. Ralph Stanley was awarded the Best Country Male Performance for “O, Death.” The album had already spurned a resurgence of interest in bluegrass and roots music, but the Grammy accolades helped it spread to other sectors of American society. Soon music schools across the country were adding bluegrass to their curriculum, and ever since, bluegrass has become one of the most grassroots-supported genres in the United States and beyond.

The Grammy Awards don’t always pay attention to country music, aside from their country-specific categories. Take away nominations for questionably country-designated artists such as Taylor Swift and Lady Antebellum, and country has been virtually ignored for the top awards over the past 15 years and beyond. But the 2016 Grammy installment could be much different. Chris Stapleton’s Traveller will be up for Album of the Year, and it could be country music’s night to win big.

Awards shows may not matter to some, but they mattered massively when it came to Chris Stapleton and the CMA’s this year, spiking his sales 6,400%, and shooting him straight to #1 on both the country albums and songs charts. And here a month later, he continues to fly high. In fact for this upcoming week, Stapleton is projected to have the #1 record in country music yet again, aided in part by his four Grammy nominations. It’s a month removed from the CMA’s, the Grammy’s don’t transpire until February 15th, and Stapleton is still riding a wave of recognition connected to awards shows.

But of course, not everyone is happy. Those who see Stapleton as a fraud—as a maschination of the mainstream to fool traditional country listeners—now have another chance to bellyache. “Awards shows are all rigged,” they tell themselves, because this is what they use to justify why their favorite artists got snubbed for so many years. Start rooting for Stapleton now, and how would that look to your friends on Facebook? A loser’s mentality set in years ago for many independent and classic country fans, and for some it has been difficult to re-calibrate to the new reality of artists like Jason Isbell, Blackberry Smoke, Willie Nelson, and Aaron Watson scoring #1 records, and Chris Stapleton being nominated for the biggest distinction in recorded music.

It’s a new day, but some of us have become so hardened and jaded in our fights over the years, we’re untrusting of anything that’s successful, and we praise other things for being unsuccessful as a badge of honor. It’s come to the point where we identify so much with losing, we don’t want to win and we don’t want things to get better, because it means the erosion of who we are, and what we’re supposed to stand for. Chris Stapleton can’t be quality music, and be commercially successful at the same time. That’s not supposed to happen.

Nothing’s assured though, and many are betting on Stapleton becoming the afterthought of the Grammy evening. Famous music critic and columnist Bob Lefsetz said on Tuesday, “As for Chris Stapleton”¦ He won’t win, you’ll forget he was nominated, we’ll see if he can follow up this publicity bump with a hit album, unlike Kacey Musgraves”¦”

But Stapleton already has followed up his publicity bump with a hit album, and a hit song, and a single that is surprisingly breaking through the country oligarchy to slowly work its way up the radio charts after his CMA wins. Saving Country Music said similar things to Bob Lefsetz’s comments about Stapleton’s chances at the CMA’s, and eventually had to eat those words. However Lefsetz is right about Musgraves. Her numerous awards show wins resulted in some elevated sales bumps, but nowhere near the Stapleton level. It probably doesn’t help that Kacey’s a woman in a country man’s world. What’s different about Stapleton is that he’s not only winning as a traditional country and critical favorite, but those wins are translating into tremendous sales spikes unseen in country previously.

The other distinctive flavor of the 2016 Grammy Awards is that country females are well represented, contrary to the environment in the country mainstream. Ashley Monroe scores big with two nominations, including in the Best Country Album category for The Blade. Lee Ann Womack walks away with two awards, and newcomer Cam, Kacey Musgraves, Brandy Clark, and others received nominations as well.

And the other unheralded winner buried in the nominations is the importance of Americana in nurturing and launching future stars in multiple genres. The Grammy Awards have their own Americana categories, and wouldn’t it be nice if country award organizations did the same thing since Americana grows and inspires so much of country music’s talent, with no better example of this phenomenon than Chris Stapleton.

Before The Alabama Shakes were receiving a nomination for Album of the Year at the Grammys just like Stapleton, they were recognized as the 2012 Americana Music Awards Emerging Artist of the Year. They also performed at the 2012 Americana ceremony. Leon Bridges, who is regularly slotted under the Americana distinction, and originally hails from the Texas scene, recently played Saturday Night Live, and received a Grammy nomination under the R&B category.

Fans of classic country and independent music know all too well the foolhardiness of getting your hopes high. If you want to be a fan of good music and pay attention to awards shows, you have to learn how to lose with grace, and deal with disappointment. But America loves losers, and so does country music; so much so that we fear what might happen when our favorite losers actually win, to the point where we are timid to relinquish our loser’s identity, or root for worthy artists, or pretend that things like awards shows matter.

But they do matter, and they already have mattered tremendously when it comes to Chris Stapleton. And whether he wins or loses on February 15th, he will be our winner, or loser, and we will love him just the same. Because in the end we all know he probably doesn’t even belong there, even though he might be the most deserving in the field.