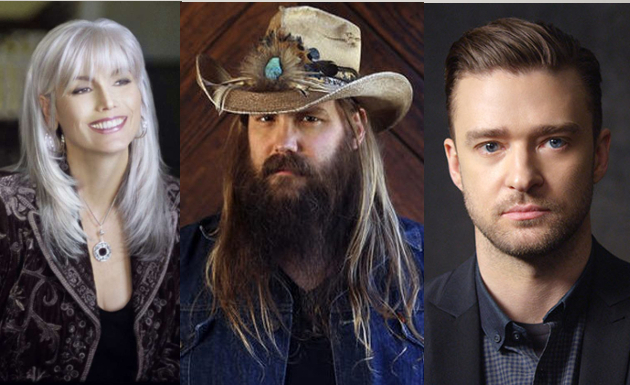 Justin Timberlake’s long-anticipated original song with Chris Stapleton will be arriving Thursday (1-25), and it will be called “Say Something.” This is the news from the Justin Timberlake camp on Wednesday (1-24) morning. So far, the songs Timberlake has released from his upcoming album Man of the Woods—which he himself has described as “earthy” and “modern Americana with 808’s” after years of rumors that the album would either be country in nature, or at least include influences inspired by Timberlake’s Tennessee upbringing—have been anything but earthy, country, or anything in between.

The very first track from Man of the Woods called “Filthy” was about the most technology-driven song and video possible, with Timberlake’s second song “Supplies” not faring much better. Thursday may be Timberlake’s first opportunity to prove there is fire where there’s smoke, while some are pontificating that Timberlake’s purposely pushing boundaries with songs and create mood swings in the public in an attempt to build anticipation.

“Say Something” was written by Timberlake and Stapleton, along with Timberlake collaborators Larrance Dopson, James Fauntleroy, Floyd Nathaniel Hills, and Timothy Mosley, and is the 9th track on Man of the Woods. Stapleton also co-write another song on the record called “The Hard Stuff.” Anticipation is high for a proper studio collaboration between the two after their performance at the 2015 CMA Awards resulted in historic commercial success for Stapleton that the singer and songwriter is still benefiting from today.

This is not the only high-profile collaboration coming up for Stapleton. It has also been announced that he will be performing with country legend Emmylou Harris at Sunday’s 60th Annual Grammy Awards in New York. There is no word on what song they may sing at the moment. Emmylou Harris will be receiving a Lifetime Achievement Awards for the Grammys, and Chris Stapleton is up for Best Country Album, Best Country Song, and Best Country Solo Performance.

Then the next Sunday Justin Timberlake will be playing the halftime performance at the Super Bowl, which many Stapleton fans are hoping will be marked by a Chris Stapleton appearance.