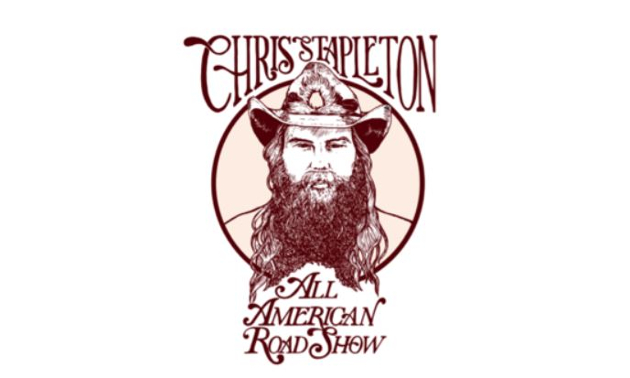 We’ve known for a while that Chris Stapleton’s much-anticipated sophomore album and the follow-up to his landmark debut Traveller will be released on May 5th, but despite the looming deadline, details on the new release have been quite limited. We still don’t have a track list or even a title, and contrary to the customs of major country music labels, the album has not been preceded by a lead single. But all of that is about to change.

According to the Chris Stapleton camp, the singer and songwriter will reveal a new song on Sunday’s (4-2) ACM Awards to be broadcast on CBS, where Stapleton is up for three major accolades—Male Vocalist of the Year, Song of the Year for “Tennessee Whiskey” and Video of the Year for “Fire Away.” Though it appeared perhaps that Mercury Nashville might be dropping the ball with Stapleton when details and promotion of the new album were virtually non-existent, the strategy of launching new music on an awards show may not be a bad one. Radio, despite Stapleton’s overwhelming sales success, continues to elude him, while awards shows have been his bread and butter, starting with the CMA’s in late 2015.

Expect whatever new song Chris Stapleton performs to be released to the public shortly after the performance on the ACM’s, along with details of the new album and pre-order options.

Chris Stapleton has also added new dates to his massive 2017 “All American Road Show” tour that just wrapped up its first leg in Canada with Lindi Ortega opening. 13 of the next 15 dates are already sold out, so folks wanting tickets should be quick on the draw. The new dates include shows in Texas, Louisiana, and the Upper Midwest, and are presented below in bold. Marty Stuart, Margo Price, and Brent Cobb will be the openers for the new dates.