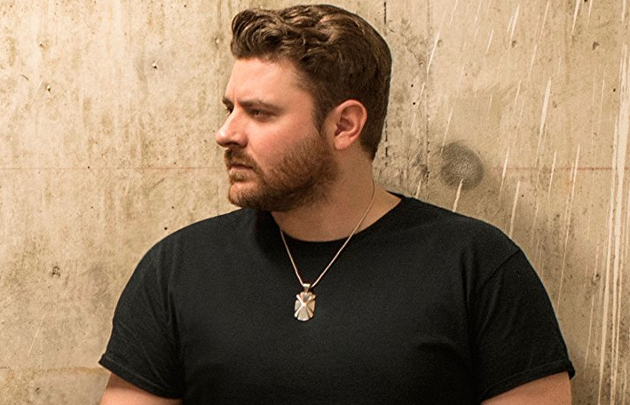 Chris Young is the newest invitee to the Grand Ole Opry? No offense the the feather-haired one, but they may as well have invited a fern. It’s not necessarily a bad pick since Chris Young isn’t enough of a superstar to shirk his duties like so many of the sainted institution’s recent invitees from the mainstream stock pond, and he’s not such an unsanctimonious bastard like Sam Hunt or Luke Bryan that it would have resulted in sheer pandemonium among the population of country purists. But Chris Young just doesn’t elicit a change in the pulse rate enough either way to make the new invitation do what all new invitations to the Grand Ole Opry must: help resuscitate the waning attention for an aging institution.

Look, traditionalists are not going to get a new inductee like Dailey & Vincent or Crystal Gayle every time, nor should they. The Grand Ole Opry is for everyone, and must stay relevant in some respects. Hell if they had inducted Chris Young during his cowboy hat years when he was being produced by Buddy Cannon and James Stroud, you probably wouldn’t hear gripes go up from anyone. But Chris Young’s last record I’m Comin’ Over—bless its heart—might be the most generic country album ever.

Young’s willingness to be malleable to whatever his label wants him to be has resulted in a faceless, whitewashed, emasculated, shell of a man that is nothing more than a vehicle to deliver B-level Music Row co-writes. I don’t mean to be rude, but it’s true.

One of the few things Chris Young has done right in the last few years is to stay on the bad side of über DJ Bobby Bones (the two continue to have a protracted beef). But Bobby Bones is right about Chris Young in the respect that if you walk up to ten random people on the street, even in Nashville, nine of them couldn’t tell you who Chris Young is, or name a Chris Young song. This is despite having seven #1’s. He’s country music’s most forgettable star, with a generic name, and an indistinguishable style and features. That’s not what the Opry needs to make a splash.

Of course it’s easy for us in the peanut gallery to chirp away and second guess any decision the Opry makes when the Opry is tasked to balance a dozen different factors in deciding how to fill unfillable shoes. They could have picked worse, but there are always so many better names the could have benefited from an Opry invitation, or the Opry could have benefited from inviting. Is Miranda Lambert not in Nashville enough these days to garner consideration? How about William Michael Morgan or Mo Pitney, who both have shown great commitment to the Opry, and both could be a nucleus to build a new generation of Opry stars that could find stardom divested from the morass of corporate radio?

And as always needs to be pointed out at these times, perhaps the Opry should commit to the people who have committed to the Opry. Bluegrass phenom turned mainstream star Carly Pearce played the Opry 21 times in 2016. William Michael Morgan played it 16 times. Mo Pitney played 12 times. Ray Scott and Scotty McCreery played 11 times, and Jim Lauderdale and Holly Williams played 10 times. All of these picks would feel infinitely better for both the artists and the Opry than Chris Young. How many times did Chris Young play the Grand Ole Opry in 2016? A big whopping zero.

But he’s safe, so he gets the nod. The problem is, safety is not what’s going to get the Opry to buzz beyond the droves of bused in tourists who make up today’s Opry audiences. And frankly, neither will a lot of the older stars past their prime. The Opry membership needs an infusion of new talent to create a signature stamp or sound to define what the show will be for a new generation if it is to survive and stay relevant—young, hungry traditionalists and contemporaries who can re-instill the Opry’s place as not just a showcase of talent, but a builder of it, and a discovery mechanism for audiences.