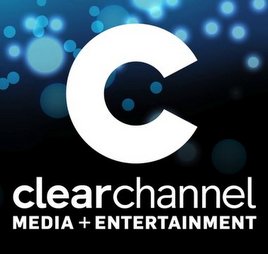 Clear Channel, the largest radio provider in the US, just struck a massive deal with CMT, a division of Viacom, to create national country music programming to be distributed across 125 country radio stations owned by Clear Channel, as well as some digital and television platforms. The move is meant to match a similar national syndicated format created by the second-biggest radio provider in the US, Cumulus, who launched the NASH-FM national country network on 70 separate radio stations earlier this year.

The historic deal means more programming will be created on a national level, and distributed to local stations. Though Clear Channel says the new deal will be good for local radio stations because it will give them access to national-caliber talent and programming through their syndicated network that local stations would otherwise not have access to, the move continues the trend for radio to lose its local and regional flavor in favor of programming catering to a national audience.

Cumulus insists that stations in its NASH-FM network are able to choose how much or how little of the national programming they wish to run, allowing local program directors an element of control over preserving the local flavor of a station. But there’s no word on whether the Clear Channel network will give its stations similar latitude.

No word yet either if the move will mean the loss of jobs by local DJ’s similar to when Clear Channel slashed local talent in favor of national programming in October of 2011, but CMT personality Cody Alan has been announced as the host for the syndicated radio show “After MidNite” scheduled to start in January.

What the CMT/Clear Channel deal also means is not only a consolidation of programming across multiple radio markets, but also across multiple media platforms. With CMT programming crossing into radio, and vice versa, and digital media formats also getting into the game, the homogenization of country music media can only continue to increase, effecting not just the local programming of radio stations, but also the local artists who rely on radio play to either get their start on a national career, or sustain a local one.