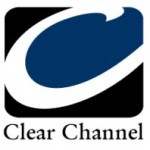 Late last week it was announced that dozens of local DJ’s from the US’s largest radio station operator Clear Channel were being cut all across the country. Most had no notice, and were not able to say goodbye to the communities they serve. Clear Channel owns around 850 stations that reach more than 154 million people, or roughly 75% of the US population 18 and older. The media company is being very secretive about the amount of DJ’s that were cut, but estimates are that it’s in the hundreds.

What we do know is that the cuts were in regional markets. Out of Clear Channel’s stations, about 600 are regional, and 250 are large market stations, meaning stations in big cities like New York and Los Angeles, while regional outlets constitute towns like Waco, TX, or Asheville, NC, or even smaller (see list of US Radio Markets). Though large market stations are less in number, they broadcast to the vast majority of people, being centered in the country’s population bases. The regional markets cover more rural, outlying communities, or the country, where much of country music’s traditional demographics live.

When the FCC updated the ownership regulations of local radio stations on June 2, 2003, allowing companies to own more radio stations in any given market, consumer and media watchdogs sounded the alarm this could cause large consolidation in media ownership, and create homogenization of local radio markets. After the rule change, large media companies like Clear Channel and Cumulus began to buy up stations that were either independently owned, or owned by local or regional companies. Clear Channel spent $30 billion buying up local radio stations, and now with the economic downturn, find themselves $20 billion in debt, facing default, and forced to cut local radio talent and replace it with national programming; the very fear media watchdog groups had in 2003 when the new regulations took effect.

The reason smaller, regional radio stations are effected disproportionately is because on-air talent in these smaller markets represents a disproportionate amount of the budget per listener. One DJ in Los Angeles can broadcast to 10 million people, while a DJ in Sioux City, IA only broadcasts to 100,000. Clear Channel’s plan is to eliminate many of these local positions, and replace them with syndicated programming, or with simulcast talent from other regional markets. This means more Ryan Seacrest, more Bob & Tom for regional markets, and less local and regional music talent being mixed in with national talent and programming by local-based DJ’s.

Local stations will still have local weather and traffic programming, but much of the music programming will be regionally or nationally-based. Successful regional shows will be broadcast on other regional markets than the ones they originate from, and top on-air talent not located in the market will “conduct custom breaks and produce localized content for each city” according to a Clear Channel spokesman. Clear Channel has already been using “NexGen”, a system that allows for voice tracking, remote control, and complete station automation from a remote location for years.

And this trend could only get worse, as the US population continues to shift more towards the large media markets, and Clear Channel continues to deal with debt default and bankruptcy concerns.