CMA 2011 Preview – Where in the Hell is Jamey Johnson? 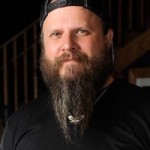 The 2011 installment of the CMA Awards is coming up in a week, and with a series of articles, we’ll be getting you ready for the biggest night in country music how only Saving Country Music can: with wildly-opinionated, ultra-idealistic bitch rants bordering on narcissistic rage. And where I think I’ll start is with the question:

Where in the hell is Jamey Johnson in the Album of the Year nominees?

Now look, let me level with you. I am not the biggest Jamey Johnson fan, and I have been vocal about that here over the last year or so. But I am also not against Jamey Johnson. I do think he is the real deal, and an honest, talented songwriter, and the best thing that mainstream country music has going for it. He just may not be the most natural or engaging entertainer. Some find that endearing about him, and I can’t blame them for that.

But even someone who is tepid on Jamey can see that The Guitar Song deserved a CMA nomination for best album. Of course it wasn’t going to win; that is not the point. The point is that if mainstream country music is going to accept Jamey Johnson into the fold, then they needed to recognize that this double album was his opus, his best shot, his marquee release, laying it all out. If they are going to use Jamey to say, “Look, we do have traditional artists that we accept and promote,” then they need to follow through with it. Many artists only have one marquee release like this in their lifetime. This may have been Johnson’s only chance at a CMA Album of the Year nomination, and the powers that be blew it. 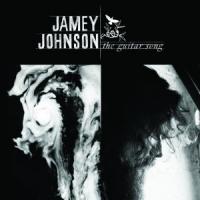 And it isn’t like The Guitar Song is anchored down by obscurity. I have never seen such a positive consensus from country music critics about a modern album than what I saw for The Guitar Song, and that takes into consideration that my review was mixed. But it wasn’t just a critic’s favorite either. The Guitar Song was certified gold back in February, and has had steady sales since. And doesn’t his co-headlining tour with Willie Nelson on the Country Throwdown this summer count for anything?

But before the conspiracy theories start flying, there are a couple of very legitimate reasons The Guitar Song was not nominated, the first being timing. Being released in September of 2010, it was released too late to be considered for a 2010 nomination, yet it’s been over a year since the release. As the system works, it still should have been considered with the same weight as all the other albums from that period, but I think some “out of sight, out of mind” was in play here, that might have been helped if The Guitar Song was receiving more continuous air play or stronger sales than it has been.

And speaking of sales, that leads to the second reason, and probably the real reason Jamey got the snub: Jason Aldean. The massive, unpredicted success of Aldean’s album My Kinda Party completely disrupted order in the nominations, and is likely the culprit for Jamey getting knocked out. Aldean’s dominance of the nominations, and how he is poised to sweep the awards will be a theme throughout these Saving Country Music CMA previews.

I’m sure if asked, Jamey would say he doesn’t care about these awards with his common “aw shucks” attitude, and whether Jamey is telling the truth or not, country fans should care, because either Jamey Johnson is a legitimate A-list country music entertainer, or the country establishment needs to stop parading him around as one to answer criticism from traditionalist fans.