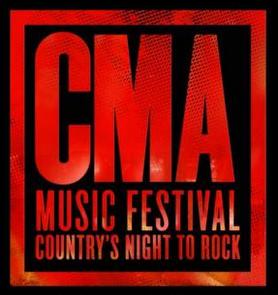 When it comes to mainstream country music males, Dierks Bentley is one of the few remaining good guys left. Dierks has made a career of straddling the line between commercial and critical acceptance, making friends and fans across the cultural divide that separates country music by what are many times deep-seated ideological differences. That is why it’s unfortunate that on a recent promotional video for the upcoming broadcast of CMA Music Festival: Country’s Night to Rock on ABC on Tuesday, Aug. 5th, Dierks Bentley said some things that somewhat alienate country music’s older, middle-aged, even 30-something fans, and exposes a deeper issue with CMA’s Fan Fest—both with their LP Field lineup at the early June festival itself, and their annual television broadcast of footage taken from the fest later in the summer.

“What I love about CMA Music Fest, it reflects where country music is, you know?” Dierks says in a short promotional video, put together by Taste of Country (see below). “It’s a young, current, hip thing that’s happening that deserves to be in a downtown city center that’s new and growing and feels vibrant and just feels … represents the music properly. You know, this is not like your grandfather’s country music anymore.”

Dierk’s statement is no “Old Farts & Jackasses” declaration by any stretch, but it does state what has been obvious about CMA Fan Fest for a few years now, and a trend that seems to be growing deeper with each new installment.

CMA is dedicated to bringing the poetry and emotion of Country Music to the world. We will continue the tradition of leadership and professionalism, promoting the music, and recognizing excellence in all its forms.

But aside from a few token gestures, the CMA Music Festival presentation only features the current and biggest stars of country, not all of the great acts from the past that have made country music the commercial powerhouse it is today, or many of the up-and-comers that are offering a lot of promise to country’s future. By Dierks saying, “It’s a young, current, hip thing that’s happening that deserves to be in a downtown city center that’s new and growing and feels vibrant” before reminding us country music is no longer like our grandfather’s music, he’s saying by default that older country music and their fans are boring and irrelevant. That may be the case to the 15-year-olds the video shows partying down at LP Field, but that’s not the case for many of the other fans and artists of country music that the CMA is charged with supporting and promoting along with the young and hip.

On the CMA website, the organization defines country as:

Country Music – the sound of Jimmie Rodgers yodeling Keith Urban blasting out a guitar solo The poetry of Hank Williams Sr. on “I’m So Lonesome I Could Cry” – A room full of convicts cheering on Johnny Cash as he sings “San Quentin, I hate every inch of you” – Alan Jackson speaking for the common man in the wake of September 11th – Feisty Loretta Lynn, and tearful Tammy Wynette – Roy Acuff showing off yo-yo tricks at the Grand Ole Opry – Miranda Lambert performing a heartfelt ballad – The King of Country George Strait The showmanship of superstars Reba McEntire, Garth Brooks, Shania Twain, Tim McGraw, Kenny Chesney, Brad Paisley and Taylor Swift.

Country Music moves its fans, hits them where they live. Its artists have traveled millions of miles and recorded just as many songs in their quest to articulate the lives and hopes of everyday Americans. The songs make up a tapestry of the American life.

Unlike other music genres, Country Music artists have been supported for more than five decades by a trade organization dedicated to the advancement of the industry as a whole.

This definition paints a picture where there’s space for all. Sure, pop country and Keith Urban guitar solos have their place. But so does the poetry of Hank Williams and the sound of Jimmie Rodgers yodeling. The CMA is supposed to be about “the advancement of the industry as a whole.” But you won’t see that on Tuesday night’s broadcast. The few token artists that actually made it on the LP Field lineup at the CMA Fan Fest in 2014 are being left off the television presentation, but you will see non-country performers like Nikki Sixx and Vince Neal of Mötley Crüe on the broadcast, and semi-former Bon Jovi guitarist Richie Sambora.

Unfortunately, the CMA Fan Fest seems to not be about promoting country music, but promoting the idea that country music is a lucrative place for advertisers and sponsors looking to appeal to young demographics. As a trade organization, The CMA should be concerned about the commercial solvency and success of country music, but it shouldn’t do it through the abandonment of it’s stated mission and charters, or the huge population of country fans older than age 30. You can’t tell me there aren’t tons of fans who will be sitting at home on Tuesday night who wouldn’t love to see George Strait, Willie Nelson, or Alan Jackson perform. And by promoting these artists’ appearances, the CMA would broaden the appeal of the presentation.