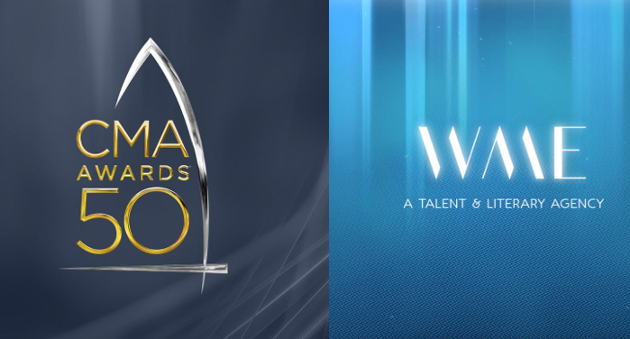 Country music award shows are all rigged, right? Well that doesn’t exactly explain how Chris Stapleton walked away with the majority of major trophies at the last installment of both the CMA and ACM Awards, basically exposing the lack of creative influence of country radio, and failing to prop up the more well-established and financially-lucrative mainstream country music celebrity franchises that awards shows are designed to favor and promote.

Calling the CMA Awards “rigged” might be somewhat true, but it also simplifies the issue. Certainly there is horse trading and block voting for awards that goes on behind-the-scenes. Basically, you might have a record label or talent agency agree to vote for another label or talent agency’s artist for one award, if that other company then turns around and votes for a different award for their particular artist. Though sometimes this system can backfire on you, or with the wide votership of the CMA’s specifically, such block voting isn’t always effective. The ACM’s have always been a better realm for gaming the system behind-the-scenes.

But part of the problem is the lobbying that goes on for awards both in the public eye in trade periodicals like Country Aircheck and Billboard Country Update, and behind the scenes. Labels, management companies, and promoters will put together reams of stats to lobby the rest of the industry into voting for their particular artist.

Now the CMA had made moves to reign this practice in.

The Country Music Association sent out the initial ballots for the 50th Annual CMA Awards on July 5th, and with them came a new system that hopes to stop some of the campaigning for artists to win certain awards. It’s called “Nominee Showcase,” and gives voters a centralized location to find verified and fairly-presented stats on all the nominees so voters can make their choices based on a universal set of parameters, instead of the slanted and sometimes embellished and misleading numbers publicists and labels put together to lobby for votes.

The industry is also buying into the idea, because the lobbying over the years has become a costly endeavor for everyone involved. It also gives a forum to showcase the artists and music involved in some of the undercard award categories that sometimes go unrecognized by voters and don’t make the televised portion of the awards. Of course stats are not supposed to be the only determining factor in who wins, but accurate and fair stats are better than slanted ones. Stats clearly didn’t factor in to Chris Stapleton’s big wins, but another factor might have.

As Saving Country Music pointed out in 2014, many of today’s country stars are represented by the same talent agency: William Morris Endeavor Entertainment, or WME. Not all of them are, but the majority are, which gives the agency a significant amount of power and leverage when lobbying for votes, and for securing nominations and wins for their artists at awards shows. Chris Stapleton, who shocked the country music world with his massive night at the 2015 CMA Awards, happens to also be a WME client.

In 2015, most every major CMA Award was handed to a WME-signed artist. Luke Bryan, Miranda Lambert, Florida Georgia Line, and Chris Stapleton were the major award recipients. Entertainer of the Year, Male and Female Vocalist, Duo of the Year, Single and Song of the Year were all awarded to WME talent. Little Big Town, who also won big on the night, used to be represented by WME, but recently moved to CAA.

In 2014, the story was very similar, with the only outlier being Kacey Musgraves winning Song of the Year for “Follow Your Arrow.” Wonder why for the better part of a decade, every Male Vocalist award went to Blake Shelton, and every Female Vocalist award went to Miranda Lambert? It could be due partly to how they are both represented by WME. Why does it appear that artists like Carrie Underwood regularly get snubbed? Because Carrie is not a WME artist. Some wonder why Garth Brooks didn’t land Entertainer of the Year with his landmark comeback tour last year, but at the time he wasn’t represented by WME. However Garth signed with the talent agency on June 1st.

Some of the recent WME dominance could be due to the fact that the talent agency has so many high profile country names on their roster, and those names have been on a good run recently. But the talent agency undoubtedly has tremendous sway in the industry, and can influence things such as the outcomes to awards shows simply from the size of their footprint in the industry and the sheer volume of their roster. No conspiracy theories are needed. If you simply count up the votes by people involved with WME, they make up a bigger majority than anyone else, which in turn entices more artists to sign to the roster, not just for awards shows, but for a host of reasons.

The new CMA system that hopes to stem some of the campaigning can certainly not hurt and is a step in the right direction. But more steps could be made to promote transparency and fairness to increase credibility.

The second round of CMA voting happens between Aug. 15th-24th, with the final ballots being sent out on Oct. 10th. The 2016 CMA Awards are on November 2nd.