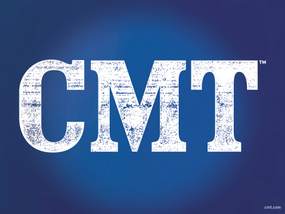 Not all is happy in TV Land. Or MTV, CMT, or VH1—all channels owned by the behemoth media company Viacom, and all companies that have been affected by big layoffs coming down late last week and stretching into this week as part of a massive corporate restructuring. Though the dust has yet to settle, the layoffs and restructuring could see big changes on country music’s biggest television outlet, and throughout Viacom’s once music-centric cable properties.

On Friday (March 6th), members of CMT’s New York-based talent and development staff were unceremoniously let go as part of the restructuring. New York is also where a reported 12% of MTV’s staff was handed pink slips, including much of the staff working on reality TV projects. It is all part of a process to combine many Viacom properties from three domestic network groups into two network organizations. But what is interesting about CMT’s role in the reshuffling is that the once country music-centric channel is being shifted into Viacom’s “Kids & Family Group” along with Nickelodeon and TV Land.

Does this mean that CMT may soon abandon some of its non-family friendly programming that the network has been favoring over the last few years, especially their flagship reality TV series Party Down South? Preliminary reports had CMT re-aligning to more family friendly format as part of the new structure, but a CMT spokesperson told The Wrap, “We are not shifting CMT’s programming direction. This will be clear next month when we unveil an ambitious and diverse programming slate that includes new original series and returning favorites.”

We’ll have to see. Part of the reason for the restructuring is so that different cable channels can share staff within the two new network organizations.

The moves come as many of Viacom’s cable properties have been losing money. Net earnings dropped 9% for the company in the last quarter, while revenue was down 6%. For TV Land it’s even worse, with losses reported around 24%. Many top executives across Viacom properties have been let go as part of the restructuring, while slumping stock prices have been rebounding on the cost-saving news.

Like so many Viacom-owned properties, CMT started as a music-based model showing videos and other country music television programming before following MTV’s lead and becoming nearly all about reality TV shows. Franchises like CMT’s “Redneck” series of shows and Party Down South have drawn strong criticism from viewers who once saw the channel as a family friendly option, and who see the new programming as exploitative of rural residents.