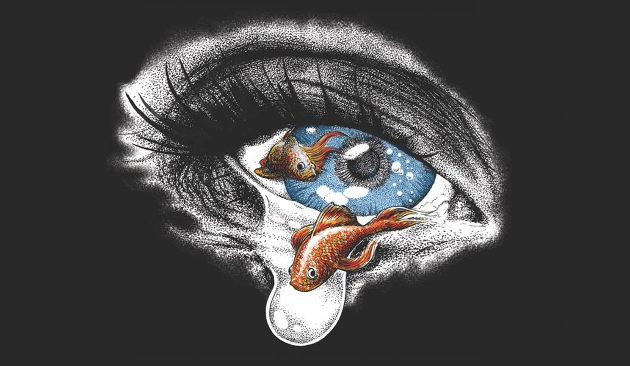 Some believe that Ft. Worth-based singer and songwriter Cody Jinks could be the next one to take the Sturgill Simpson track to country music stardom. Some wish it was Cody Jinks instead of Sturgill Simpson receiving all the big accolades and opportunities since they see Cody as a better representation of authentic country music. The comparisons between the two may continue as a groundswell similar to the one that propelled Sturgill begins to bubble up under Jinks, and now Cody’s doing something that helped Sturgill receive attention and respect out of the tightly-knit channel of country music fans—covering a well-known rock tune.

A week ahead of this release, Cody Jinks teased us by releasing a piece of cover art, which deserves its own mention for more than admirably encapsulating a theme and mood in visual form. Assumptions that the new song would be a country take on the Pink Floyd classic came out to be true, and if you’ve ever wondered what “Wish You Were Here” would sound like drenched in steel guitar and sung with a Texas twang, wonder no more. 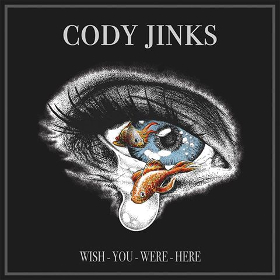 It seemed like strange timing for Cody Jinks to be releasing a new song. It’s a bit too early to be thinking about the next record. But instead of a lead single, “Wish You Were Here” feels more like a standalone—a little morsel for fans to tide them over, not preceded or proceeded by some big promotional push, just something for core fans of Jinks to enjoy knowing this doesn’t signal some veering off the country music page, but doing something from his own passion that he wanted to share almost like a side project. Maybe it will show up on an album in the future, or maybe it won’t.

The prog rock stylings of Pink Floyd are probably not the first segment of classic rock you would pick for translating well into the country format, especially with so much old rock stuff now sounding more like country than the country music of today. But “Wish You Were Here” is an exception to that rule with its acoustic heart, and a forlorn mood and melody. Leave it to a traveling country musician who must be away from home more often than not to be able to put this song in a modern, country context.

Cody Jinks’ “Wish You Were” here is not a re-imagining of the song. It does its best to stick to the tempo, structure, and theme of the original tune. The song was the title track off of Pink Floyd’s 1975 followup to the blockbuster Dark Side of the Moon. Wish You Were Here was a concept record that was openly critical of the caustic nature of the music industry and the inherent greed that permeates it. The song “Wish You Were Here” specifically tackled the human toll that endless touring takes on relationships and the family with an unusually direct candor from the otherwise cryptic and fey writing Pink Floyd is primary known for.

This Cody Jinks cover doesn’t set any new land speed records and won’t become some landmark contribution to country music. But it shows both versatility and vision from Jinks to be able to take a song cast so rigidly in the minds of so many listeners, and make it feel compelling, fresh, authentic to country, and above a self-indulgence.

Purchase Cody Jinks’ “Wish You Were Here” on iTunes