Cody Johnson Stays True with “On My Way To You” 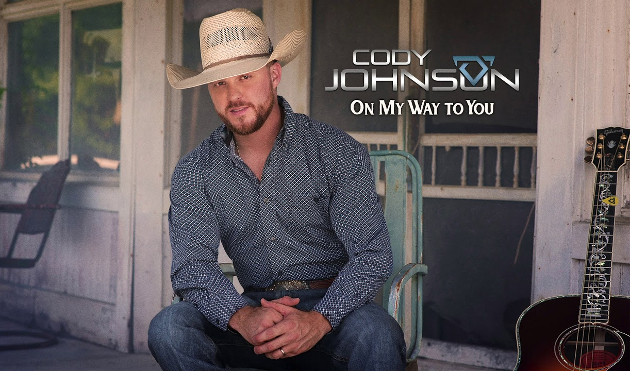 What is the value, or the fun of finally getting to the top in music if you forget yourself and leave your true voice behind in the process? If we’ve learned anything about modern mainstream country music in the last few years, it’s how incredibly easy it is to compose and record such garbage, and how just about anyone regardless of talent level can perform it thanks to Autotune and other enhancements. The endurance test for many modern “country” artists is not if they’re skilled as musicians and entertainers, but if they can steel themselves from their own inner compass and moral dialogue, and still perform drivel simply because they know it will sell.

As the buds of success from independent music continue to sprout up all across the nearly barren mainstream country music landscape, it’s time to begin to marvel about just how broad based the swell behind independent-minded artists has become. The successes of Chis Stapleton, Sturgill Simpson, and Jason Isbell have been addressed ad nauseam. Now Cody Jinks and Tyler Childers, and a host of others are joining their ranks, with more seeming to be added weekly.

Texas music artists Cody Johnson and Aaron Watson have taken a decidedly different approach to cracking the riddle of how to rise to the level of mainstream interest without compromising your original sound and purpose. To many purists, they’re the Texas version of country pop, though even this prognosis comes with the concession that they’re still much better than the mainstream.

Both men have also chosen their ladder of ascent to be the rodeo circuit and straight-laced family crowds as opposed to the underground or honky tonk scene where Sturgill Simpson and Cody Jinks sprang from, and both have navigated this path to resounding success. Against all odds, Cody and Aaron have found moderate success even at mainstream radio—once thought to be impenetrable by the independent ranks. And while the massive Rodeo Houston in Texas almost solely caters to headliner acts outside of the Lone Star State these days, both men have been awarded big time performance slots in recent years, and filled the seats the same as their out-of-state, mainstream counterparts.

These successes now mean Cody Johnson and Aaron Watson are gaining the deeper recognition of the mainstream side of the country music business, with Cody Johnson recently signing to Warner Music Nashville. This news was met with just as many groans as it was cheers. Remember what happened when Texas music’s Granger Smith signed with the big Nashville label? Or when The Randy Rogers Band, Wade Bowen, and others trekked to Nashville, only to sell out, be stonewalled, or were forced into some compromise that didn’t result in the commercial success hoped for, and/or alienated their established fan bases?

But the Cody Johnson’s deal is structured a bit different. His own CoJo Music label is still calling the shots. And as we hear from his first single, “On My Way To You,” Johnson has not shaped himself in Music Row’s image, he’s trying to reshape Music Row into his.

On the surface, it’s hard to label “On My Way To You” as an exciting radio single, or one you sense will streak up the charts in an environment where Cody Johnson has to do battle with the likes of Kane Brown, Luke Combs, and Florida Georgia Line. But what Cody Johnson has that puts him ahead of the gaggle of mid-level generic country male newcomers who seem to be a dime a dozen in the middle of the charts these days is a strong and dedicated fan base.

Many were shocked to see “On My Way To You” top the Country Digital Songs Sales chart during its debut week, but they shouldn’t be. That’s Cody Johnson’s fan base supporting their Texas boy like they always do. What’s really shocking is the song is already at #37 on mainstream country radio in only two weeks—Cody’s best chart performance of his career already, beating out “With You I Am,” which crested at #40. It’s also #25 on the Billboard Hot Country Songs chart. Already “On My Way To You” is a success, and will be heading even further up the charts, and sooner than later.

But none of this would mean anything if the song wasn’t any good, or wasn’t country, or wasn’t Cody Johnson. But this may be one of the better songs of Cody Johnson’s career, even if it’s a career defined more by sitting down in a laid back cowboy style as opposed to wowing critics with songwriting, or presenting some hard-edged “Outlaw” attitude. “On My Way To You” is a well-written love song with a definable and easily-relatable story, prominent steel guitar and fiddle in the mix, and a guitar solo. It also rises and falls pretty predictably in the conventional verse-chorus style. It’s not a world-beater. But it’s a real solid offering.

If Cody Johnson can top charts and find radio traction for a song like “On My Way To You” in two weeks, this is a very positive sign for Cody Johnson’s move to Nashville representation. It’s also a very positive sign for country music. Radio is the last bastion to be conquered by the independent wave helping to restore the roots of country to the mainstream, and arguably the most important medium to address in that struggle. Seeing “On My Way To You” licensed to CoJo Music LLC assures you Johnson is still in control. And seeing it find traction and shoot up charts gives you great hope for the future of country music.

Aaron Watson, Cody Johnson, On My Way To You