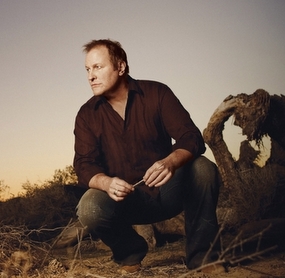 In mid April, country music artist Collin Raye who was known for his contemporary style that found great success in the 90’s, had some very critical remarks about the direction of country music that he shared as part of a new biography he just released called A Voice Undefeated. Raye says in the book, “They’ve largely abandoned the reality-based moral message for the common man that made country music a strong cultural force for good.”

Then in an interview with Fox News about the book, Collin Raye spoke further, saying in short,

It’s like American Shakespeare in a way, and that’s what it’s supposed to be. From Hank Williams, to before Hank Williams on up, that’s this beautiful thing we all love so much, and so many of us got into the business knowing we could never be as great as those guys, but we always tried to live up to that standard that they had set.

And I’m really depressed in how it has dumbed down to basically a one-dimensional “Let’s party in the truck, gonna drink some cold beer!” There’s so many of those, and I’m not begrudging anybody their living. It’s not really the artists I blame, and it’s not the songwriters I blame because they’re just trying to make a living. It’s the gatekeepers quote unquote that we used to have in Nashville which are the label heads who used to decide what was good enough to put out and what was not.

Now in a new editorial on FoxNews.com, Collin Raye has once again directly criticized what he calls the “gatekeepers” of country that are allowing the bro-country trend to continue in a piece he titles, “Is Country Music Dead?”

I’d like to think that I am expressing what nearly every artist, musician and songwriter (with perhaps a few exceptions) is thinking when I contend that the Bro’ Country phenomenon must cease.

It has had its run for better or worse and it’s time for Nashville to get back to producing, and more importantly promoting, good singers singing real songs. It’s time for country music to find its identity again before it is lost forever.

Raye goes on to specifically criticize Luke Bryan’s That’s My Kind of Night”—the same song that caused a scuffle between Luke and Zac Brown when Zac called it the “worst song ever”.

Compare for a minute the poetic, “middle American Shakespeare” infused lyrical prose of classics like Hank Williams’ “Jambalaya” or Hank Jr’s “All My Rowdy friends are coming over tonight” or Garth Brooks’ “I’ve got friends in Low Places” or his “Ain’t going down till the sun comes up” to the likes of contemporary offerings like “That’s My Kinda Night,” or any of the other 300 plus songs from recent years that say the exact same thing in pretty much the exact same way. It’s like comparing a Rolls Royce to a ten speed.

Collin goes out of his way though to say it is not the performers or songwriters’ fault, but “the major label execs, the movers and shakers, the folks who control what is shoved down radio’s throat, that I am calling out. They have the power and ability to make a commitment to make records that keep the legacy of country music alive, and reclaim a great genre’s identity.”