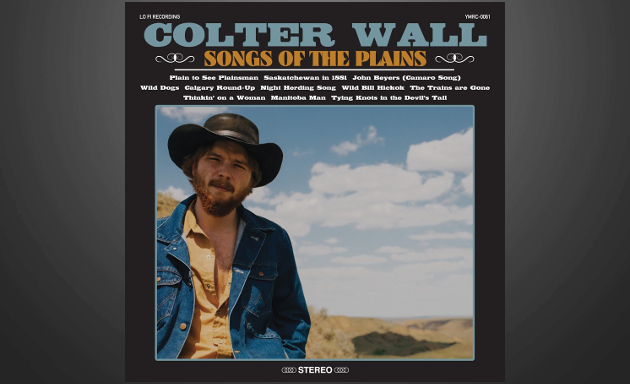 Get ready for new music coming from Canadian folk country singer and songwriter Colter Wall, who will release his much-anticipated sophomore full-length album Songs of the Plains on October 12th via Thirty Tigers. Said to be a full dive into the inspiration of his home of the Saskatchewan prairie, Colter writes seven of the new album’s 11 songs, with contributions also coming from Billy Don Burns, the previously-heard “Calgary Round-Up” by Canadian country legend Wilf Carter, and two traditional cowboy tunes “Night Herding Song” and “Tying Knots in the Devil’s Tail.”

“One thing I’ve noticed over the last few years, in the United States and playing in Europe, is that people all over the world really don’t know much about Canada at all,” says Colter. “When you talk about Saskatchewan, people really have no idea. Part of it is because there are so few people there. It’s an empty place—it makes sense that people don’t know much about it. But that’s my home, so naturally I’m passionate about it. With this record, I really wanted people to look at our Western heritage and our culture.”

Ahead of the release Coter Wall has made a second song from the album available, “Plain to See Plainsman” (listen below). Songs of the Plains is also available for pre-order.