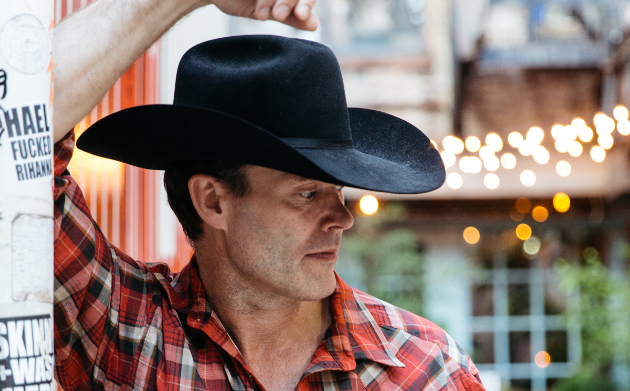 If you’re itching for some new music from Canadian country artist Corb Lund, well you’re in luck, even if this new record won’t contain any new original material … that’s coming later. But for now, Corb is preparing for the release of an album called Cover Your Tracks on September 13th via New West Records containing eight cover songs of interesting and varied origin, and a couple of cool collaborations.

Covering a wide range of material, from Shel Silverstein’s “Cover of the Rolling Stone” made famous by Dr. Hook, to classics such as “These Boots Are Made For Walkin'” and “Seven Spanish Angels,” to AC/DC’s “Ride On,” Cover Your Tracks will definitely have some variety, even if everything is (mostly) recorded in Corb’s Western style inspired by his Alberta upbringing. “When you come from generations of ranchers and rodeo people, you can’t help but be influenced by the West,” Corb says. His last record Things That Can’t Be Undone came out in 2015.

The album includes a collaboration with Hayes Carll (listen below), who you might recall also worked with Corb on the song “Bible on the Dash” in 2012. Legendary Canadian songwriter Ian Tyson also shows up on the AC/DC cover of “Ride On.” Other selections include “They’re Hanging Me Tonight” made popular by Marty Robbins, “I Shall Be Released” first recorded by The Band and written by Bob Dylan, and Billy Joel’s “It’s Still Rock and Roll To Me.”

If you’re excited about this new album, but somewhat deflated it won’t contain any original material, you may not have to wait very long for that wish to be granted. Corb Lund hinted back in November of 2018 while announcing a string of tour dates that he was finishing up a new original studio album as well, and that it could be released in the near future too.

Corb Lund was also recently announced as one of the official artists performing at 2019 AmericanaFest in September, and will also be playing a very special event on September 19th in Edmonton with Ian Tyson backed by the Edmonton Symphony Orchestra.

Cover Your Tracks is now available for pre-order.