Could Luke Bryan’s Version of “Pancho & Lefty” Be a Hit? 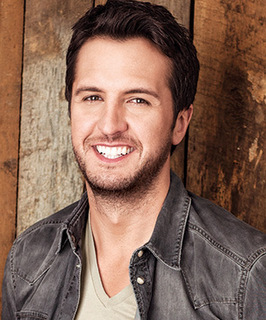 On April Fool’s day, Broken Bow Records released a 20-track Merle Haggard Tribute called Working Man’s Poet, primarily as a showcase for the roster’s talent. Big Broken Bow acts like Jason Aldean, Thompson Square, and Dustin Lynch make multiple appearances on the collection, but one of the most heavily-touted songs from the album has been Luke Bryan’s version of “Pancho & Lefty” with Dierks Bentley. The approach of the track is said to to have been inspired by Mumford & Sons. “The original had a Spanish-Mexican flair,” Bryan explains. “We took a real different approach with it ”¦. something with some edge that moves along pretty good. It’s an interesting take.”

The first question this song begged was, should this really be considered a Merle Haggard song? “Pancho & Lefty” was originally written and recorded by acclaimed Texas singer-songwriter Townes Van Zandt. A later version appeared on an album of the same name that was a collaboration between Merle Haggard and Willie Nelson in 1983, but Willie sang most of the song, with Merle only contributing one verse.

Nonetheless, Luke Bryan’s version with Dierks made the cut, and subsequently drew the favorable ear of Mere’s son and Strangers guitar player Ben Haggard who appears on the tribute multiple times himself. “You know, Luke Bryan’s a great artist, but I never really listened to his stuff,” Ben told Country Weekly earlier this month. “I just listened to ‘Pancho and Lefty’ about five minutes ago and it blew me away. I’m in love with it.”

The one thing we know is right now, there’s no country star hotter than Luke Bryan. Luke is on a roll, scoring one huge hit single after another, with his latest “Play It Again” at #1, and his collaboration with Florida-Georgia Line called “This Is How We Roll” at #2 on Billboard’s country chart. If Luke and his management did decide to release the song to radio there’s a very good likelihood it would do well simply off of Luke’s name, and Dierks Bentley is a pretty hot commodity at the moment as well.

Combine that with the overwhelming cover success Darius Rucker recently had with Old Crow Medicine Show’s “Wagon Wheel,” and it’s not ridiculous to think that Luke’s “Pancho & Lefty” could become a hit, creating the same strange dichotomy “Wagon Wheel” did for independent country fans where you’re happy there’s a cool song getting played on the radio, but hesitant about the circumstances of how it got there. A Merle tribute song written by Townes Van Zandt topping the charts? Awesome. Performed by Luke Bryan? Not so much. And it turns out that there already has been a few spins of the song on MediaBase-monitored radio stations (a meager total of four, but still interesting for a cover song on a tribute album).

But don’t steal yourself for disappointment, or get your hopes up that “Pancho & Lefty” 3.0 will become the next “Wagon Wheel” and put the deceased Townes Van Zandt at the top of today’s country chart. As Saving Country Music’s go to guru for all things country radio Windmills Country points out, since the Merle Haggard tribute was released by Broken Bow, but Luke Bryan is a Capitol Records Nashville artist, it is unlikely that Luke’s song is the one they would release as a single, if they release any singles from the tribute. Releasing a single to mainstream country radio costs lots of money for labels to promote, and so it is unlikely that Broken Bow would do this for an artist on another roster, similar how it is less likely that Capitol Nashville would figure out how to release it as a single since it originated from Broken Bow.

The other issue is that Luke Bryan already has a slew of singles out there to radio doing very very well, and so does Dierks Bentley. Labels do not like having singles compete with each other, so if “Pancho & Lefty” was released, it would likely be well after Luke’s current albums are out of single material.

Nonetheless, it is certainly curious that the most lauded song on the album is Luke Bryan’s, especially since he’s not signed to Broken Bow. In the press releases and other promotional material, it is by far the most talked about track, and it could have been targeted by Broken Bow’s A&R as the best song to help sell the album to the public. Depending on the licensing behind the song, the track could also be selected to be released on a deluxe edition of Luke’s current album Crash My Party—a practice that a lot of labels are doing with artists to extend the release cycle, and making it more likely it could appear as a single. So who knows. It somewhat feels like fantasy football to talk about the track becoming a hit, but there is certainly a lot of chatter surrounding it. We very well might be seeing Luke Bryan shaking it to “Pancho & Lefty” in the future, for better or worse.