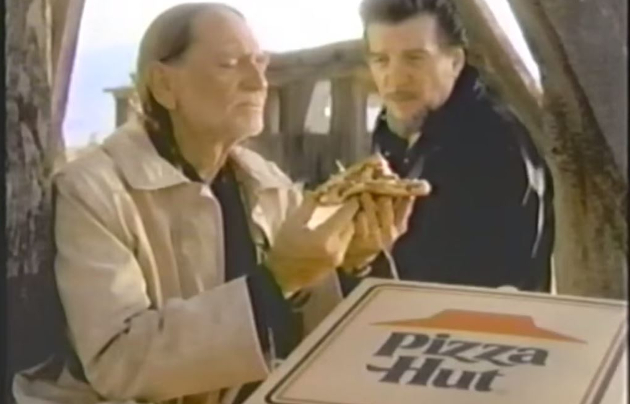 In the process of criticizing modern country music, sometimes we lose sight of the bigger picture, or fall into “old man’s syndrome” where the past of the genre seems pristine and idyllic in our mind’s eye, and today’s smutty music perpetrated by sellout stars is an abomination to our beloved genre.

For sure, the boundaries of country music are being stretched like never before, while other specific issues such as the near evisceration of women voices on country radio playlists have no parallels in country music’s past. But there’s other issues and concerns that are as old as the genre itself. And though they have caused great consternation, they have not resulted in the implosion of the country genre. At least not yet.

So here are a some fair counterpoints to some of the primary criticisms of the country music of today:

Country Music Today is Too Sexist/Misogynistic

The idea that country music is just now learning how to materialize women is an exercise in selective amnesia at best. It’s certainly a fair criticism to say that the performers and songwriters of today are not nearly as good at using subtly and rhyme to let otherwise objectifying language slide by, but such language has been there since nearly the beginning of the genre, including some of the smut country songs from the “King of Country Music” Roy Acuff in the 30’s, and well into the 70’s and 80’s when aside from the last few years, country lyrics that marginalized women or treated them like pieces of meat arguably hit their peak.

There are many examples that could be offered to country music’s objectification of women, but possibly the best is the output of Country Music Hall of Famer and #1 hit machine Conway Twitty. All you have to do is look at some of the titles of his biggest hits such as “Tight Fittin’ Jeans,” “You’ve Never Been This Far Before,” and the extra creepy “I’ve Already Loved You in My Mind” to know that Conway Twitty was the sexual miscreant of country music way before Florida Georgia Line was implying they’d “Stick the pink umbrella in your drink.” And a lot of Conway’s questionable material (including “You’ve Never Been This Far Before,” and “I’ve Already Loved You in My Mind”) was written by Conway himself.

Conway also had an entire segment of his career devoted to duets with Loretta Lynn, who would often act as a counter-balance to Conway’s male-dominated perspective in some of the spicy back and forths duet style, with Loretta playing the foil to Conway’s shallowness and male-sided perspective. Those counterpoints from a woman’s point-of-view are what is missing in modern country music. It was the Queen of Country Music Kitty Wells’ answer song “It Wasn’t God Who Made Honky Tonk Angels” in response to Hank Thompson’s “Wild Side of Life” that first put women on the mainstream map in country in the early 1950’s. But don’t let anyone ever tell you country music never stooped to recitations from creepy dudes until Luke Bryan and Sam Hunt showed up on the scene.

Yes, you would never see Waylon and Willie schlepping Pizza Hut like Blake Shelton does today, right? Wrong. In fact you would be hard pressed to find any successful artist in any era of country music who didn’t succumb to the temptation of endorsement dollars at least at some point in their careers. Perhaps there’s a few, but some of those never sold out because they were never given the opportunity.

From Mothers Best Flour jingles sung by Hank Williams bisecting many of his earliest radio recordings, to Merle Haggard posing with a rocker of Dickel Whiskey, selling out has been a part of country music from the start. It was the dollars of advertisers that allowed the earliest country stars to take to the radio airwaves and broadcast their music to local and regional audiences. The only thing that’s changed is the dollar amounts today’s stars now receive for their ringing endorsements.

Maybe the best example was the sellout job Willie Nelson did in the early 90’s. His commercials for Pizza Hut and Taco Bell were more prevalent than his radio singles of the era. And even worse, Willie’s cozy relationship with Pepsico sucked Waylon Jennings and Johnny Cash into the action via their shared experience with the era’s Highwaymen project. Yes, you can find commercials of Johnny Cash pushing Taco Bell’s value menu in 1992. Even T. Graham Brown got in on the Taco Bell action at the time.

The one and only excuse folks can make for Willie is that his Taco Bell/Pizza Hut stuff was all to attempt to repay the IRS for all the back taxes he owed at the time that threatened to bankrupt Willie and his organization and take them off the road. At one point the IRS was even after Willie’s famous guitar Trigger so they could auction it off.

Desperate times called for desperate measures, and Willie did what he had to do.
Besides, it gave us the song “The Woman with the Rose Tattoo.”

Pop and Rock Are Encroaching on Country Music Like Never Before

Ralph Peer was criticized for commercializing the sounds of rural people that were meant to be personal and intimate when he started recording primitive country artists in the late 20’s. Patsy Cline and Eddy Arnold had huge, genre-defying hits in their era that just as well could have been sold as pop songs. In the mid 70’s, the concern was folk pop artists such as John Denver and Olivia Newton-John walking away with CMA Awards over more established country stars. And in 1978, Willie Nelson had his breakout, crossover commercial success with a covers album of pop and jazz standards, Stardust.

In the March 1975 issue of Country Song Roundup magazine, Waylon was interviewed by P.J. Russell—the impetus being that a friend of P.J.’s was accusing Waylon Jennings of not being country, and that Waylon “sounded terrible” and “looked worse.” To the 2017 perspective this might sound like crazy talk. Today Waylon Jennings is used as a reference point for what defines real country. But in 1975 when Waylon was first introducing his now signature heavy beat, it sounded foreign compared to the fluffy, polished Nashville Sound that was the current rage.

What was Waylon’s response?

I’m not trying to change anything. I’m just trying to sing my kind of music. So people say it’s not country. Some people say I’m trying to be a pop singer. If I’d wanted to cut a pop record, I could have recorded a Buddy Holly song anytime in the past five years and had a pop hit, but I didn’t. I guess if I’m not country and I’m not a Mongolian aviator, I’m just singing Waylon’s music.

Synth and EDM Are Destroying The Sound of Country

Though debates can go back and forth about what exactly makes country music “country,” one of the primary factors that has separated the genre from other forms of music for many years is the organic origination of the sounds. Country music is made with wood and wire, not keyboards and synthesizers. This is what ties country music to its past and helps preserve the traditions that have made country music what it is today.

Certainly the move towards removing the organic nature of country music is reaching a fevered peak in the here and now, but that doesn’t mean synthesizers and computerized sounds haven’t encroached into the country music space in the past. It was the synth pop success of Exile’s “I Want To Kiss You All Over” that allowed the Kentucky-based band to transition to country music, and afforded them ten #1 hits through the 80’s. Anyone remember Sylvia, and her synth pop song “Nobody”? Sylvia was eventually was named the Academy of Country Music’s Female Vocalist of the Year in 1982.

Even The Highwaymen supergroup got in on the action with the atmospheric synth textures to the group’s big, self-titled hit. Don’t think true country fans didn’t have reservations with the introduction to Willie Nelson’s version of Townes Van Zant’s “Pancho and Lefty” when they first heard the punchy synth-style keyboard introduction. By the time Tim McGraw released “Don’t Take The Girl” in 1994, most folks were focusing more on the quality of the songwriting than the synth bed the song is built around.

Wood and wire are natural resources extruded from the earth and employed by humans to make music. It’s like the “country” itself is singing out when you put a pick on strings, while synthesizers and EDM processes are distinctly of an urban, technological origination. What has made the EDM influences present in country music today stick out more prevalently is not just the sounds, but the words, themes, and annunciations that speak to a distinctly urban perspective. But Sam Hunt is far from the first to get synth-y in country music.

So What Does This All Mean?

Does it all mean we should be more understanding whenever someone wants to release a pop, rock, or EDM song as country, makes some sexist remark in a song, or sells out so hard that it somehow affects the music, because all of these things have been employed in country music before?

No, it doesn’t. On the contrary, it speaks to how there have always been challenges and existential threats to the country music genre, and each time they’ve been met with a stiff upper lip, spirited dissent, and efforts to make sure the integrity of country music stays in tact, and the traditions are preserved for future generations despite the monetary aims of the present tense. It’s better to be too cautious, and too critical, than to let the country genre fall into disrepair because of a lackadaisical attitude similar to what happened to rock in the early 2000’s.

Country music has persevered through adversity because the people of country music care about the music beyond their own listening habits. Country music isn’t just what they listen to, it is who they are. That is why they criticize, that is why they show concern, and that’s why those concerns should be heard and measured, so that the circle never becomes broken, and country fans have something to criticize and be concerned about well into the future.