Country Artists Who Are Due to Release a New Record 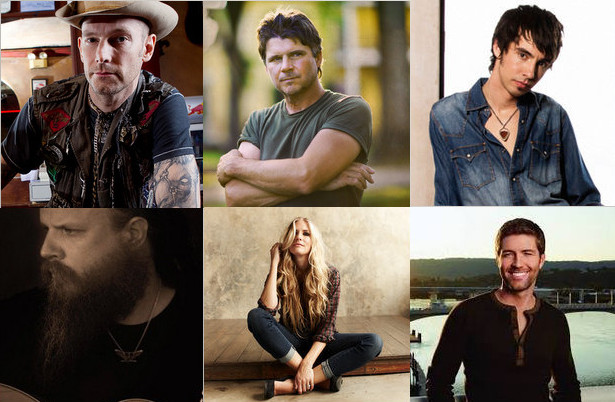 There’s not much worse than having a hankering for some new music from one of your favorite artists, but feeling like you’ve been waiting forever for it to happen. There are many reasons an artist or band may have a delay in output, from writer’s block, to label pursuits, to label disputes, to taking some time to focus more on their personal lives or other projects, and it’s important for fans to be patient and understanding as artists work to get their next project to market. But dammit, sometimes you feel like you just can’t wait.

Here’s a few folks that it feels like are past due for new projects. Feel free to leave your own list below.

Nobody has done a bigger disappearing act when it comes to releasing new records than Jamey Johnson. What once was the most promising and fastest-rising voices in traditional country has gone almost completely silent in the studio with original material for going on six years. To put it in context, Saving Country Music wrote an open letter to Jamey Johnson (from the perspective of country music) over two years ago, thinking at that time Jamey was way overdue. Since then has come the revelation that Jamey was in a dispute with his publisher, the formation of his own label called Big Gassed Records, the release of a couple of singles and a Christmas EP made up mostly of cover songs, but nothing substantial. At this point, it’s a serious question if Jamey Johnson will ever make another original record, and if he does, how many people will be left to pay attention.

But it’s not like Jamey Johnson has disappeared entirely. He’s still touring constantly, is a mainstay at tribute shows, has contributed his voice to albums all over the place, and even produced a record for the Blind Boys of Alabama. A recent shakeup in his touring band may have also dampened his plans to record a new record, but he remains the voice that country music is missing the most, while the now 40-year-old passes through what is usually some of the most productive years for songwriters.

There is nothing like a Chris Knight album, and a Chris Knight song. Talk about a songwriter’s songwriter, Chris Knight is one of the most revered out there, and all you have to do is look at the list of artists who’ve covered his songs over the years, starting with Randy Travis and Lee Ann Womack. Ever since his first self-titled release in 1998, it’s been a steady diet of solid releases every couple of years or so from Chris. But Little Victories was released going on four years ago now. It’s not as if a four-year hiatus in album output is unheard of, it’s just that there’s something about a Chris Knight album that can’t be satiated or substituted by anything else.

Josh Turner and his career have been the victim of the recent elongated pause in output from many artists signed to major label imprint MCA Nashville. He released a single that under-performed on the charts called “Lay Low” in September of 2014, and this appeared to put the traditional-leaning singer’s career on permanent vacation. It got to the point where Turner himself was whining about the lack of progress in the press.

Luckily, there’s been some recent movement. MCA Nashville finally released a new single called “Hometown Girl.” Even though it’s probably not of the style many of Turner’s core fans were hoping for or anticipating, hopefully it finds enough traction that Turner can finally win a release date for a new record.

It has been a while since the grandson of Hank Williams has sprung any new music on his thirsty fans, but there are some explanations for Hank3’s recent hiatus. According to a recent interview on Sirius XM, Hank’s been packing up and moving out from his notorious “Haunted Ranch” in east Nashville, which also houses his home studio and base of operations for his touring apparatus. Hank3’s also been out and open that he needs to recoup the money spent to put his last record out before the next one can go to market.

None of this meansHank wasn’t busy recording before the move, and doesn’t already have new music in the can. Besides, Brothers of the 4X4 was a double album, and was also released with A Fiendish Threat, so maybe it’s good the fiercely-independent songwriter is taking some time to recharge the batteries and retool headquarters to get himself back in more formidable fashion moving forward. Hopefully Hank’s return to touring and releasing records happens sooner than later.

We see lots of talk these days about the “Next Women of Country,” but there hasn’t been enough talk surrounding Caitlin Rose and her strong resume as a singer, songwriter, and performer in this new push for country’s females. Forget the “next” and “woman,” Caitlin Rose is an artist for the here and now, no matter what the gender. Her last record The Stand-In stood up for a good long while, but we could use some more from whence that came. Though it’s been over three years since she released any of her own music, she’s a staple of the east Nashville scene, and regularly lends her voice to other projects. Any rising action in country music’s women should involve Caitlin Rose.

Pitney is one of the most highly anticipated major label artists in years that actually can write a good classic country song and sing it with authority, authenticity, and originality. We’ve been waiting too long for Mo Pitney’s official premier from Curb Records, despite a slew of single releases dating back to 2014. Mo could be one of those artists with years of solid output ahead of him, but Curb is pretty notorious for taking forever to release music from its roster. However, a little birdie the other day told me we might finally see a Mo Pitney release, possibly called Behind This Guitar coming on October 7th or so. But so far, nothing official has been made official, officially. Stay tuned.

This isn’t a situation where we need to publicly coerce an artist back into the studio to fulfill our own little selfish desires for new music, this is a situation where she’s already been there, and our brains are about to burst with anticipation. Holly Williams has been working with producer extraordinaire Dave Cobb recently, we’re just waiting for the fruits of those labors to show up in our personal music libraries, especially after how boss her last album The Highway was.

Holly’s early career and album output felt a little unfocused, like she was searching for her voice, and trying to find a happy medium between commercial sensibilities and living up to the legend of being the granddaughter of Hank Williams. But wherever her voice was, she’s found it now, and she’s helping to carry the Williams name into the future. She also recently had her second child, so she’s probably taking some time and putting her family first at the moment, which is understandable. But excuse us if we’re biting out nails to the nub waiting.

I know, it’s not even been close to enough time since their last release to expect a new album, especially since they usually take a year or so more than most bands between albums. But dammit, they’re so good we want a new album anyway. So get cracking boys, chop chop!