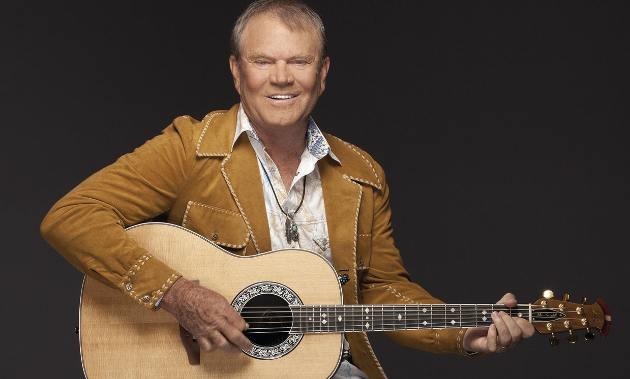 After a protracted battle with Alzheimer’s, and a remarkable career that minted one of the most recognized voices in country music and made him an ambassador for the genre to millions as many of his songs crossed over into contemporary spheres, Glen Campbell has passed away at the age of 81. He died on Tuesday, August 8th in a Nashville care facility.

With more than 45 million records sold, 12 Certified Gold albums to his name, and 4 Platinum certifications, Glen Campbell left an indelible mark on country, rock, and pop music throughout his 50+ year career with signature songs such as “Wichita Lineman,” “Galveston,” “Gentle on My Mind” written by John Hartford, Jimmy Webb’s “By the Time I Get to Phoenix,” “Rhinestone Cowboy,” and many more.

Campbell was also the recipient of multiple Grammy Awards, including making history in 1967 for winning a total of four awards in country and pop categories, including two for “Gentle on My Mind” and two for “By the Time I Get to Phoenix.” Glen also received a Lifetime Achievement from the Grammy Awards in 2012. The CMA’s decorated Glen with their Entertainer of the Year Award in 1968, and he won the CMA’s and ACM’s Male Vocalist of the Year that same year. Glen Campbell is also an inductee into the Country Music Hall of Fame.

Born Glen Travis Campbell on April 22nd, 1936, in Billstown, Arkansas as one of 12 children. He started playing guitar as a youth, with his uncle Boo acting as a big influence on his passion for music. Later Glen would move to Albuquerque to join his uncle’s band called Dick Bills and the Sandia Mountain Boys. In 1958, Glen formed his first band as a frontman, called the Western Wranglers.

In 1960, Glen Campbell moved to Los Angeles to become a session musician, and ended up becoming one of the legendary members of studio musicians known as The Wrecking Crew, playing on recordings from Dean Martin, Nat King Cole, The Monkees, Nancy Sinatra, Merle Haggard, Jan and Dean, Elvis Presley, and Frank Sinatra among others. During this time Glen also began writing songs for publishing company American Music, and recording demos.

Beyond his musical contributions, Glen Campbell was a common face on television, hosting the The Glen Campbell Goodtime Hour on CBS from January 1969 through June 1972, as well as making multiple appearances on various other TV shows and live broadcasts. He also played a supporting role in the classic movie True Grit, where he earned a Golden Globe nomination for his acting, and an Academy Award nomination for contributing to the soundtrack.

Glen Campbell and his legacy was pushed to the forefront recently when he went public with his diagnosis of Alzheimer’s in 2011. After a farewell tour, Glen’s family was forthright about his struggles with memory loss. When Campbell’s final album Adios was released on June 9th, his family said Glen had no idea a new album of his was out. The struggles of Glen and his family became a focal point for awareness of Alzheimer’s.

Glen Campbell is survived by wife Kim Campbell, three children from their marriage—Cal, Shannon and Ashley, and his children from previous marriages, Debby, Kelli, Travis, Kane and Dillon, as well has grandchildren and great grandchildren. His daughter Ashley is also a musician and performer.