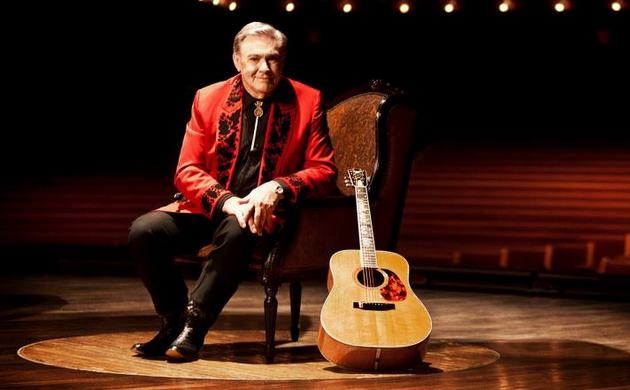 Country Music Hall of Famer and Grand Ole Opry member Jim Ed Brown has died. He passed away Thursday, June 11th at the Williamson Medical Center in Franklin, TN after a long battle with lung Cancer. Though Jim Ed’s Cancer originally diagnosed in September of 2014 had gone into remission earlier this year, the country star recently announced it had returned.

James Edward Brown was born April 1, 1934, in Sparkman, Arkansas. He was a member of the family band The Browns with his two sisters Maxine and Bonnie. It was just announced in March that The Browns would be the newest inductees into the Country Music Hall of Fame along with Grady Martin and the Oak Ridge Boys.

According to The Tennessean, when it was clear Brown would not make it to the formal Hall of Fame induction, he was inducted in his hospital room.

The Browns were a country and folk trio that rose to prominence in the mid and late 50’s, principally with their Grammy-nominated song “The Three Bells” which became a #1 hit on Billboard’s country and pop charts, and eventually sold over 1 million copies.

Formed in Pine Bluff, Arkansas after Jim Ed and Maxine signed a record deal as a singing duo, The Browns got their big break on Ernest Tubb’s radio show after singing their original song “Looking Back to See.” After the 18-year-old Bonnie graduated high school, she joined the act and they began performing regularly on the Louisiana Hayride and the Ozark Jubilee. As the family band continued to perform and release music, their prominence only grew, eventually making appearances on The Ed Sullivan Show and American Bandstand. Some of the trios other hits included “Scarlet Ribbons,” “The Old Lamplighter,” and a version of “Blue Christmas.”

In 1965, Jim Ed Brown signed a solo contract with RCA and began to record and release music outside of The Browns band, including numerous successful hits. This slowly caused the band to dissolve, eventually disbanding officially in 1967. However over the years, The Browns have reunited on many occasions and continue to perform together today.

Jim Ed Brown has become a mainstay of the Grand Ole Opry over the last few years, and also was the DJ of a radio show. In 2015, he released a new album called In Style Again his first record in 40 years.

“Just a lonely bell was ringing, in the little valley town. Twas farewell that it was singing, to our good ‘ol Jimmy Brown.”