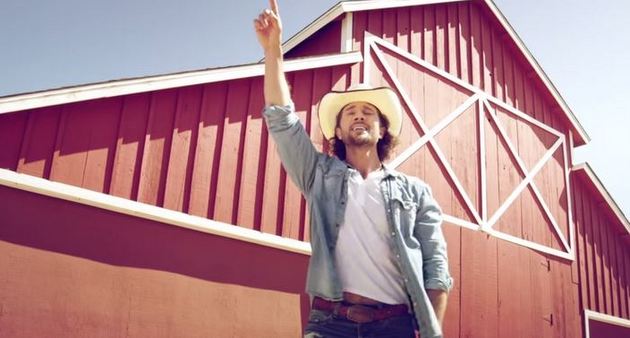 In December, a song and video surfaced called “Stand With Hillary” that was filled with so much incidental humor, you almost had to convince yourself it wasn’t parody. Paid for by a political super PAC of the same name as the song and starring an actor who said he didn’t sing or write the song but was picked because he “looked like a country star,” the video showed the public both just how out of touch political strategists can be, and that the country music demographic would be square in the crosshairs of the political mindset on both sides of the aisle in the upcoming election. The “Stand for Hillary” video was one of the very first presidential-prescribed pieces of political propaganda of the entire election cycle, and here was country music standing front and center.

Ted Cruz, the junior United States Senator from Texas was the very first candidate to formally announce his bid for President on Monday (3-23). Cruz is known for stirring controversy and saying things that regularly rile his political adversaries. On Tuesday Cruz made an appearance on CBS This Morning and said, “I grew up listening to classic rock, and my music tastes changed on 9/11. On 9/11, I didn’t like how rock music responded. And country music collectively, the way they responded, it resonated with me and I have to say, it just as a gut level, I had an emotional reaction that says ‘These are my people.’ And so ever since 2001 I listened to country music, but I’m an odd country music fan because I didn’t listen to it prior to 2001.”

Most politicians are like athletes in the sense that their lives must be so specialized, they rarely have the time or sense to be active music listeners. There are exceptions of course, and I’m not just talking about Bill Clinton playing saxophone on The Arsenio Hall Show or Mike Huckabee playing bass. Vice President Charles Dawes under Calvin Coolidge wrote the classic pop standard “All In The Game” made famous by Tommy Edwards in 1958, but overall politicians make bad music specimens. Remember when Obama didn’t know the words to Willie Nelson’s “On The Road Again” last year? Are we to be enraged as country fans, or understand that the President probably has more pressing things to keep in his noggin? Did Hillary Clinton insult Tammy Wynette when she quoted “Stand By Your Man” during the Monica Lewinsky scandal, or was she showing us an impressive breadth of country music knowledge?

Is Ted Cruz truly a country music fan, or does he simply know his demo and how to secure votes in a Republican primary? Is he out there listening to Florida Georgia Line, or does his fandom barely extend beyond the Toby Keith’s 2003 album Shock’n Y’all? It took months for both rock and country to respond to 9/11 with actual new songs, so Cruz’s statement doesn’t quite make exact sense, but the idea that conservative types like country more than other music is not news.

What extended the story of Ted Cruz’s country music fandom pronouncement was when the senior digital editor for Ebony Magazine named Jamilah Lemieux on MSNBC’s Now with Alex Wagner show said in response to Cruz’s quotes, “Nothing says ‘Let’s go kill some Muslims’ like country music.”

After a commercial break, MSNBC guest host Ari Melber said, “We have a programming note. A few minutes ago on this program, a guest made a comment about country music that was not appropriate, and we want to be clear this network does not condone it.” Why did MSNBC—known for attempting to be the counterbalance to the conservative-leaning Fox News—offer a clarification? Because they know just how valuable the country music demographic is these days, especially in the political realm.

Condoned by MSNBC or not, all indications are that country music will be a big player in the 2016 campaign, whether we like it, or not. Obviously with the conservative leaning listenership of the genre, the Republican side is where we can anticipate country being slated by both the right and the left, to be characterized as a bastion for patriots on one side, and closed-minded simpletons on the other. But just like with most political generalization, both sides will be wrong, and as “Stand With Hillary” proves, both sides will target country music voters.

You know Toby Keith, the guy that released that Shock’n Y’all album in 2003, and the controversial “Courtesy of the Red, White & Blue (The Angry American)” song with it’s “We’ll put a boot in your ass” line? Well he’s a registered Democrat, always has been, and has donated in the past to Democrat candidates. Tim McGraw and Faith Hill? They’re big Democrat donors. Taylor Swift (though recently converted to pop), is said to be obsessed with The Kennedy’s and once dated a young member of Camelot.

And then of course there’s The Dixie Chicks, whose rumors of a potential 2016 reunion tour could add an interesting dynamic to the political climate. Maybe they’ll put Kacey Musgraves as an opener, and she can sing “Follow Your Arrow” to all those conservative country fans. Maybe Willie Nelson and Merle Haggard will cut a political song on their upcoming album together.

And even though on the rock and roll side you have folks like Green Day’s Billy Joe Armstrong whose “American Idiot” was the counterbalance to Toby Keith’s “Angry American,” a staunch rock and roll conservative like Ted Nugent is an example of why listening to a specific genre of music based on political values is a really short-sighted enterprise.

Politics is best kept on the sidelines when it comes to music listening, and that’s what made Ted Cruz’s comments seem so out of place, and why they sparked the curiosity of the public. But here even before the campaign gets started in earnest, it appears country music is getting sucked into the political fray like never before.

It’s because country music makes for just about the perfect target demographic for politicians, arguably more so than it ever has before in its history. As country has grown into one of the largest genres in the United States, and therefore one of the largest voting blocs assembled around a single format, it’s a way for politicians to reach what they believe to be blue collar, rural voters with traditional values. But of course what makes politician’s courting of country voters such a humor-filled endeavor is just how surface-scratching and deprecated this assessment of country music can be.

Are there more conservatives in country music than elsewhere? That’s probably fair to say. But unless something drastic occurs, Toby Keith won’t be returning the admiration for Ted Cruz on Voter Day.