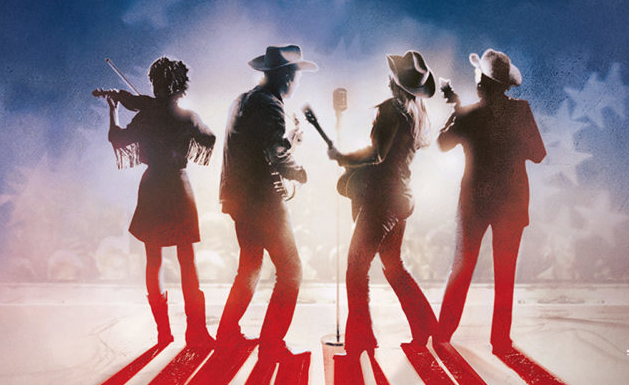 We already knew about the incredibly-expansive scope that the upcoming Ken Burns PBS documentary on country music was going to take. Set to premier on September 15th, it encompasses over 16 hours of coverage across eight separate episodes, includes footage from 56 separate interviews with artists and historians, including interviews with 40 Country Music Hall of Famers, and a few artists who have passed away since film production commenced in earnest in 2013. Over 500 songs are featured throughout the film, and it begins way back in 1923 with Fiddlin’ John Carson in Atlanta, and goes all the way to 1996 with the death of Bill Monroe, and the revitalization of Johnny Cash’s career.

With the incredibly thorough job Ken Burns, co-producer Dayton Duncan, and the entire team of filmmakers and archivists did assembling the material for the series, it’s arguably the greatest undertaking to document the history of country music and disseminate it to the public in history, beyond the ongoing work of institutions such as the Country Music Hall of Fame. In fact the production of the film covered so much ground, a lot of what they researched and worked on couldn’t make the final cut.

That is where the companion book to the series, the 500-page Country Music: An Illustrated History comes into play. Following the chronology of the series, it will give country fans and other interested parties a deeper, more expansive experience within the series. Though you won’t see video of the interviews conducted, and you won’t hear the songs the series includes as audio illustrations, it includes all of the important points of the film, plus some information that ended up on the cutting house floor as they tried to encapsulate the story of country music in eight episodes. 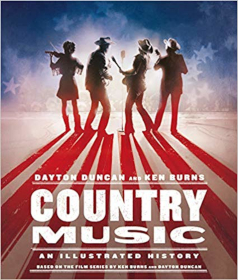 Beyond being a valuable film companion, through the work the Ken Burns team did putting together this film, they were also able to assemble all the most important information on country music, present it in story form, align it with an incredible amount of archival pictures, and put together what very well may be the definitive country music history book, period. There are books that include more hard information and flurries of facts, like Bill C. Malone’s 700-page tome, Country Music USA, which was used as the initial guidepost for the new documentary, and was released in a 50th Anniversary Edition in 2018 to coincide with the Ken Burns film. The Country Music Hall of Fame companion book Will The Circle Be Unbroken by Paul Kingsbury and Alana Nash has been one of the best illustrated histories on country music on the market for the last many years.

However Country Music: An Illustrated History might do the best job of assembling both words and illustrations together to tell the story of country music in both an extensive, yet accessible and enjoyable form. Not just the amount of photos, but the rarity of the photos included in the book make it one of the most valuable country books on the market if nothing else. Though some of the most iconic and recognizable photos of country music legends made the cut, it’s amazing how many photos are included that even seasoned country music aficionados have likely never seen before, and are completely virgin even to the expansive archive of country photos available via the internet. Some of these photos will streak by in brief moments during the documentary, and this book will give fans the ability to study and revisit them. Some didn’t make the film cut at all, and this is the only place they’ve been published so far.

Whether enjoying it before, during, or after the airing of the documentary itself, this book will give interested parties the ability to dive a little deeper of they choose, or catch up on something they might have missed. Country Music: An Illustrated History also gives us a glimpse of what to expect from the film. It will not labor to ascribe every single detail of the music. Instead it puts the most compelling characters and stories in the forefront, and sells the public on why country music is a distinct American institution worthy of study, preservation, and continued enjoyment by every music fan into the future.

The mediums of television and video are the easiest, most accessible ways to disseminate information to most modern minds. But there’s just something about gazing at a photo strewn across a glossy page, and then finding the caption that captures the details of a moment frozen in time and sewn into the rich history of country music to spark the imagination of times gone by. Country Music: An Illustrated History affords those magical moments for country fans, and those that will become country fans after perusing this book’s pages.