Country Music Could Use More Kellie Pickler After “Pickler & Ben” 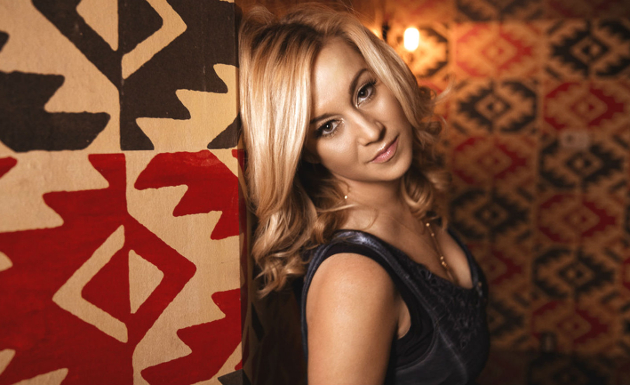 It was recently announced that the daytime morning show Pickler & Ben featuring Emmy-winning television personality Ben Aaron, and country music singer Kellie Pickler, is being canceled. For two seasons, Pickler & Ben was a typical, but uplifting and positive-oriented daytime television show with guests from the entertainment world, self-help segments, cooking instruction, and other such content. It was syndicated into 176 separate markets, and was apparently doing well, including being nominated for two Emmy Awards just the week before. But due to concerns about “long-term profitability,” there will be no more future seasons of the show. The current slate of episodes already recorded in the show’s Nashville farmhouse studio will continue on through September, but after that, Pickler & Ben will be no more.

Though this is certainly sad news for fans of the show and Picker & Ben specifically, as a true country music fan, I must profess being a little bit cautiously optimistic about what this might lead to. Despite taking a prolonged hiatus away from pursuing music full time, Kellie Picker remains arguably one of the most talented women in country music with proven mainstream appeal. Though she was never a big cash cow or hit machine for Music Row, she was able to amass solid numbers at the start of her recording career, and her debut record sold over 900,000 copies.

The critical apex of Kellie Picker’s output was her 2012 record 100 Proof, which turned out to be her third and final record for Sony. In many ways the record was a precursor for important things to come in country music in the proceeding years. It included songs co-written by Chris Stapleton and Brent Cobb before they had made it onto many people’s radar. Chris Stapleton also sang harmonies on the record, and Paul Franklin played steel guitar. As a major label release from a former American Idol contestant, it was incredibly well-written, very personal to Pickler, quite traditional, and went on to win Saving Country Music’s 2012 Album of the Year.

But it’s hard for women in country music as we know, and especially hard if you record a more traditional style of country like Kellie Pickler does. Sony didn’t put much effort into promoting 100 Proof, which was released in the era when Bro-Country was on its way up, and Pickler would be dropped from the label a few months later.

After her experience with Music Row, you can’t blame Kellie Pickler for trying to find other avenues in fame, including competing in Dancing with the Stars, which she won outright in 2013—the same year she released her last record The Woman I Am through Black River Entertainment. In 2015, she starred in her own reality show on CMT called I Love Kellie Pickler which ran for 15 episodes. Then the Pickler & Ben morning show started in 2017. At that point, Kellie Pickler was more famous for being famous than for making country music.

Kellie Pickler is a public personality, and she’s made a career out of being maleable, rolling with the punches, keeping her name out there regardless of the adversity, and surviving, whether it was doing well on American Idol, winning Dancing with the Stars, or landing television deals. When learning about her personal story, and coming from a broken home and being abandoned by her mother, you’re not surprised by her resiliency. It doesn’t seem like an ego thing with Kellie to need to be in the public eye. But when you’ve enjoyed a level of success for some 13 years, you tend to want to maintain that success.

It’s questionable at best that Kellie Pickler could continue her level of success by returning to country music as her full time pursuit, especially in the current climate in the mainstream. But as a true country music fan, you sure would like for her to try. In 2017, Kellie Pickler released a song called “If It Wasn’t For a Woman“—her first new music in four years, and it was superb. Of course the prospects of Kellie Pickler getting played on country radio are slim to none. Opportunities she had even when she was enjoying some moderate success in the industry may not be there for her now.

Then again, Kellie Pickler is no longer the Kellie Pickler she was when Sony dropped her. We are also seeing certain artists we thought may be out to pasture having a resurgence in their careers, including George Strait, Reba McEntire, and in a different vein, Kacey Musgraves. Classic country is cool right now with Midland making waves, and Luke Combs supplanting Sam Hunt and Florida Georgia Line at the top of the charts. One of the reasons there’s so few women in mainstream country at the moment is because so many of them left when Bro-Country got so big, like Kellie Pickler. But perhaps the time for Pickler’s return is ripe.

Regardless of what happens, Kellie Pickler will survive, because that’s what she does. She may have ample offers to continue in TV, and she may be foolish to turn them down. But it would be great if she took the time to make another country record too, or at least sniffed around a bit to see what the interest and prospects were in doing so, if not for her career, than for herself, and for country music. It’s doubtful a scenario will transpire where won’t see Kellie Pickler in the public eye anymore. But it would be great if we saw more of her in country music.